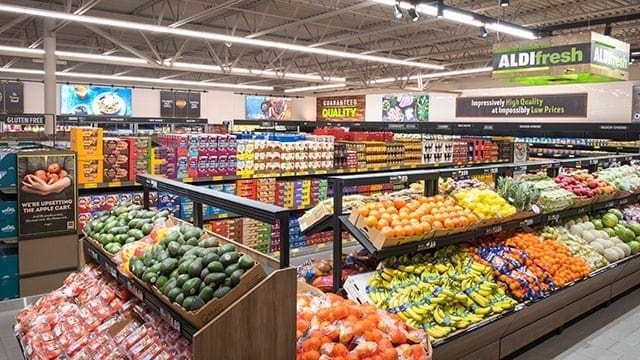 The award, which was received amidst the stiff competition from Tesco and Morrisons, was judged by an independent panel of industry experts, and given to Aldi as recognition of its longstanding commitment to delivering products of highest quality to consumers.

“We’re thrilled to have been named Supermarket of the Year at the Retail Industry Awards for the third year in a row – proving our dedication to providing our customers with great quality products at exceptional prices ”, said Julie Ashfield, Joint Managing Director of Corporate Buying at Aldi.

“We are also delighted to have received two other acknowledgments across the business, which for us is testament to the commitment of our buyers who are continuously sourcing products that will excite our customers.”

Aldi has recorded a season of awards, having recently been named Favourite Supermarket at the Good Housekeeping Food Awards 2017.

For its latest financial year, Aldi recorded an accelerated growth in 2017 as the number of British shoppers increased when they switched to their discounter supermarket.

Over the last three months, Aldi had received two-thirds of British shoppers visiting the discounters after inflation hit the market.

Aldi sales gained 15.6%, taking its market sales to 6.9% as almost 63% of shoppers visited the discounter shops, raising the number from 58.5% of last year.

It also raised their market share to 12.2%, a surge from less than 10% that had been recorded less than two years ago.