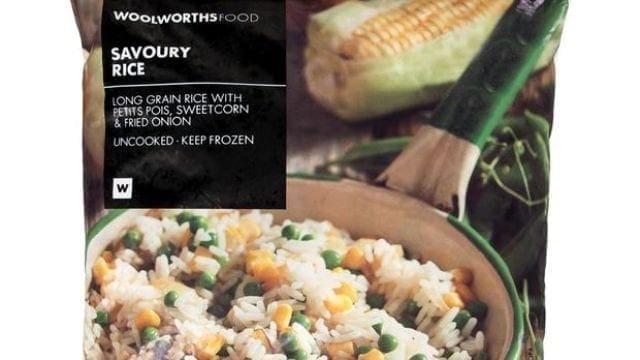 The recall comes after one of Woolworths suppliers was identified as the likely source of a Listeria outbreak in Europe.

Woolworths, which operates a premium food retail offering, stand-alone food stores and “Food Stops” said its product was sourced from Belgium and contained frozen sweetcorn from the Greenyard Factory.

The retailer noted that other frozen sweetcorn and vegetable products were not affected.

It added that it has moved to remove the Frozen Savoury Rice Mix product from their shelves and flagged them.

“We are voluntarily recalling this product as a precautionary measure, on the global instruction of the Hungarian Food Safety Agency,” Woolworths said in a statement dated July 10.

As part of part of their standard food safety’s management process, the store said their suppliers managed and prevented microbial contamination of food, with strict protocols in place.

HFSA moved to ban the marketing of all frozen vegetable and frozen mixed vegetable products amidst fears on bacteria contamination.

Earlier this month, the Food Standards Agency announced that 43 own-brand products supplied by Greenyard group were possibly contaminated with the bacteria.

As a result, a number of supermarket chains were forced to recall thousands of bags of own-brand frozen vegetables because of fears that they could contain deadly bacteria.

On July 4, Greenyard Factory announced a recall of frozen vegetables due to potential listeria contamination of frozen goods at its Hungary facility in Baja.

Last year, almost a similar case of listeria outbreak was confirmed in South Africa on contamination of polony meat products from Enterprise facilities.

Over 200 people including 80 babies, were reported dead following the listeria outbreak in South Africa.