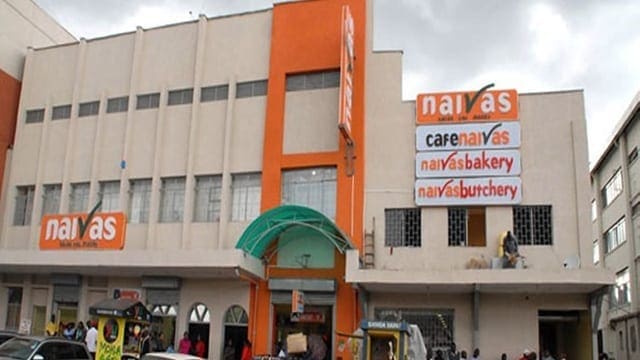 KENYA – Kenyan retail chain Naivas supermarkets has opened its 56th branch in Kenya’s Coastal region, Mombasa’s Central Business District, as part of its expansion plan targeting other regions outside Nairobi where most of its growth has happened.

The new branch is located along the busy Digo road right next to Bima Towers, occupying at least 22,000 square feet of retail space.

This brings its total number of outlets countrywide to 56 after it opened its 55th and 3rd branch in Ngong town last month.

“Our target is to serve each County head quarter but as of now, we have a pipeline that will ensure we also tap into rapidly urbanizing areas such as Ngong, Kitengela, Ongata Rongai and Machakos,” said Naivas Chief Operating Officer, Willy Kimani.

“This year, we decided to ramp up our coastal presence with a new large outlet on the fairly busy Digo Road to tap into a growing population of walk-in shoppers as well as the motorists who work on that side of the business district,” he added.

Naivas now has 6 branches at the coast, with a strong focus on serving the island and the north coast, which have both tended to have higher populations.

“With recent improvements in transport connecting Mombasa to the hinterland, domestic tourism especially has risen in this region, pointing to a latent demand for similar retail services,” Kimani explained.

Kimani said that the rapid growth of Mombasa’s metropolitan population, estimated at 3 million people, meant that there was still room for additional Naivas branches.

The Retailer chain is set to open three additional branches over the next few months i.e. in Embu, near Yaya Centre and along Eastern Bypass.

According to the retailer, continuous in-house research informs the company on areas to invest and customer needs to respond to which in turn has propelled it be a leading retailer with the greatest network locally.

“Convenience matters greatly to shoppers and thus over the years we have strived to offer as much of this as possible is as many ways as we can, including establishing branches in easily accessible locations, designing interiors for better navigation, shelf arrangements for easier reach and payment processes that are fast and secure,” said Kimani.

Growth of physical retail stores in Kenya is set to continue according to consumer insights firm Nielsen.

The Nielsen data indicates that Kenyan shoppers are most likely to visit an outlet if it is convenient to get to, has variety, well-stocked and has quality products, in that order, among other factors.

Local growth in outlets will be marked mostly in central and in the lake region where 113 percent and 134 percent spike in stores, respectively, will be experienced.

Globally, Nielsen predicts that physical stores will grow by 54 percent over the next five years to hit 272,400 stores.