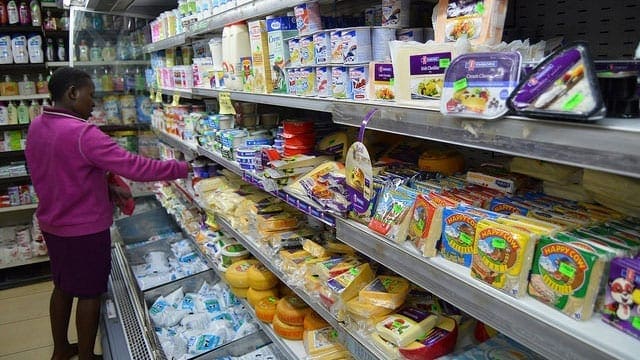 This article appeared in the July 2014 issue of Food Business Africa magazine.

The dairy processing industry in Uganda is one of the most promising on the continent. Nearly non-existent a few years ago due to political turmoil, the sector has over the year’s taken advantage of good weather and rising population to post one of the fastest growth rates in Africa.

The story of the dairy processing industry in Uganda is a recent one, but with a long history behind it.

Having achieved its independence from the British in 1962, Uganda went through a long period of coups and counter-coups from the 1960s all the way to the mid-1980s, when the present regime swept to power in 1986 and started the job of rebuilding an economy that had been battered by decades of war.

These decades of war ravaged Uganda’s agriculture and economy, and the dairy industry was not spared.

Dairy Corporation, once the country’s leading dairy collapsed in the middle of the war having been formed in 1967 with the aim of dairy development, dairy products marketing and dairy regulation in the country.

Further, the country’s national cattle herd declined from 8 million in 1970 to 3.5 million by 1985, dealing a severe blow to the country’s dream of being a leader in milk and beef production and processing.

With good tropical weather and adequate rainfall nearly throughout the year, Uganda is a dairy paradise. The process of rebuilding of the herd and the general dairy industry has taken nearly 30 years but the process has brought the dairy sector in this East African country immense benefits.

It is important to note that less than 10 years ago, Uganda was a huge importer of dairy products from UHT milk and fermented products, mainly from Kenya, despite the abundance of milk in the country due to limited infrastructure to collect and process the milk in the country.

This has since changed, with the country becoming a net exporter not only of processed UHT milk but also of milk powder, ghee, butter and cream to Kenya and the region.

“Total national milk production has grown from 365 million litres in 1991 to over 1.4 billion by the end of 2006 with per capital milk consumption growing from 16 litres in 1985 to 50 litres by end of 2007”, according to Dairy Investment Opportunities in Uganda, a report by SNV released in 2008.

National milk production stood at 1.8 billion in July 2012, according to the Dairy Development Authority (DDA). Currently milk volumes stand at about 2.0-2.5 billion litres annually, according to our estimates.

The dairy industry in Uganda contributes about 9% of the country’s Gross Domestic Product (GDP).

The sector is a significant contributor to the nutritional, economic and employment opportunities of the rural communities, with dairy farming being a major activity in the south western, central and north eastern part of the country.

Central (around Kampala) and south western (near the Rwanda border) milk sheds together contribute 50% of the total national production, and can be classified as milk secure.

The rest of the country face a milk deficit at various times during the year, especially during the dry season, with yields plummeting accordingly during these lean times

The sector is dominated by traditional breeds of cattle, long used to the weather and husbandry practices as practiced by the herder communities, conditions that many exotic breeds would not manage to withstand.

Exotic breeds have been introduced but their adoption is still limited to a few farms, with the majority having mixed breeds, thereby affecting the productivity of a majority of the farms.

Challenges in the dairy value chain

The dairy industry in Uganda faces a number of constraints that have affected and will continue to negatively affect the ability of the sector to reach its full potential. The sector is further beset by legacy issues: the dairy keepers are not keepers of animals for business, but are culturally bound to their animals as part of their culture and lifestyle.

As long as the majority of the farmers continue to be ‘recreational’ farmers, the industry, despite the gains it has made in the last 30 years will struggle to find its place in world trade.

These constraints however continue to be tackled as the country gears up to play a major role in the regional milk market.

Infrastructural inadequacies – Uganda suffers from lack of adequate infrastructure capacity both at the farm and in processing. Most of the high producing areas lack good quality roads, electricity, cooling facilities and piped water that are critical in preserving milk quality at the farm.

Post-milking loss at the farm is therefore high especially in high production areas during the flush period, leading to loss of farmer’s income. Lack of cooling facilities and electricity to keep the milk in cold conditions after milking negatively affects milk quality and farmer’s capacity to use milk as a source of income

At the processing level, although installed capacity by dairy processors has been boosted by a number of key investments, dairy processors have to contend with lack of good adequate cooling facilities on the farms, with a majority having to construct their own cooling centers. Dairies are still grappling with high costs rising from inadequate and expensive electricity and costs of distribution of the processed milk

Seasonability of milk supply – The supply of milk can swing from a surplus to a drastic deficit in the space of one month, disrupting production plans and processor margin expectations, with milk prices more than doubling from the normal USh 450 per litre to USh 1200 per litre in the same period.

The country experiences its low period during the months of June to August and also around December to February, with the rest of the year having adequate supplies.

Milk quantities can fall by as much as 70% during the height of the lean period, seriously affecting factory operations

Poor milk quality – Poor husbandry and inadequate cooling facilities on the farm have contributed to milk of marginal quality getting to the dairies. Considering that dairies could be located 300 km away from the milk collection area, significant losses are experienced by processors and farmers alike when milk cannot be accepted by the dairy or the processor has to absorb losses that occur due to lack of storage once the milk has been received.

To add to this is the proliferation of milk sellers and vendors in the villages and towns, who provide cash payments to farmers but whose skills and honesty cannot be guaranteed, risking consumer health and safety.

Low productivity at the farm level – Despite the abundance of water and green all round, the reliance of the dairy community on the weather is a huge impediment to the growth of the industry in Uganda. Farmers, long used to feeding their animals on pasture, have found it difficult to adopt intensive farming which can lead to higher production. The use of animal feed to supplement pasture is rare and will take time to be practiced by a majority of farmers.

This is worrying, as the country has recently installed capacity that requires more milk to be sourced from the farms all year round, so that the country can take advantage of the rising local and regional opportunities. This can stall the country’s progress, with some of the processors exiting or losing money from their investments.

The industry in Uganda is regulated by the Dairy Development Authority, a body tasked with the development of the dairy sector as well. Under an Executive Director DDA started its operations in 2000 having been created in 1998, following the enactment of the Dairy Industry Act.

According to the East African Agribusiness magazine liberalisation encouraged private sector investment in milk collection, transportation processing, milk distribution and marketing – with the result that from 1993 to 2006, fifteen medium to large scale processing plants were setup which increased the total national installed capacity to about 400,000 litres per day, even though, most of them were operating at 45% capacity utilisation.

SALL is Uganda’s leading and the most diversified dairy company, producing extended shelf life and UHT liquid milk, yoghurt, butter, cream, milk powder while also distributing ice cream products from its Kenyan sister company. The dairy leased the former Dairy Corporation of Uganda plant in Kampala, following the liberalization of the sector in 1996 and has invested further in the milk powder and juice plants plus other facilities including cooling centers around the country.

Located on a farm in Busunju near Kampala, Jesa Dairy Farm belongs is part of the Mulwana Group. The dairy has been in existence since the 1980s. The dairy produces fresh milk, ESL milk and flavoured and fruit yoghurt.

The dairy commenced operations in 2013, producing milk powder and butter milk mainly for export. The company has indicated on its website that they will produce other milk products in future.

The new kid on the block, Amos Dairy has an installed capacity of 400,000 litres per day according to press reports, with a goal of processing 2 million litres in a few years. The company is currently producing casein, and is planning to produce whey, anhydrous fat and ghee in future.

The company, located in Mbabara is the only major processor of cheese in Uganda.

The future prospects for the dairy industry is bright, driven by an increasing youthful population, positive outlook on production increase (driven by increased productivity and introduction of dairy farming in non-traditional dairy areas e.g. the North), and increasing incomes and increasing urbanization.

The sector is ripe for acquisitions though. Although Sameer Agriculture & Livestock has been a significant player, turning a once state-owned factory around, there are reports that the business has struggled somewhat in the market. Other players are fairly small to make a big move in the sector, and are better off being bought by bigger players that have the muscle to make aggressive in roads in the sector.

We foresee this sector either consolidating or having a new batch of foreign owners in the next few years.

Table: A matrix of what major dairy companies produce