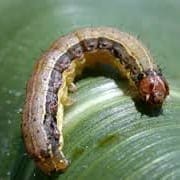 NIGERIA – Thousands of farmers in northern Nigeria contracted to grow tomatoes for a set price are shunning the crop this season after pests destroyed much of last year’s produce, leaving the processing factory set up by Aliko Dangote, Africa’s richest man, short of raw materials.

Established to process 1 200 metric tons of tomatoes each day and produce 400 000 tons of paste annually, the Dangote Farms factory, just outside the northern city of Kano, was designed to meet Nigeria’s domestic needs and help cut paste imports of 300 000 tons a year from China.

It was expected to help put to better use the 900 000 tons of tomatoes that rot as waste annually out of Nigeria’s yearly harvest of about 1.5 million tons.

About 8 000 farmers in the Kadawa Valley, near Kano, signed to supply the factory, were guaranteed a price of about $700 per ton compared with an average of less than $350 in the domestic market, according to estimates by the central bank.

They’re now wary of planting after the invasion of tomato leaf-miner pests last year ruined more than a third of Nigeria’s tomato harvest, according to Abdulkareem Kaita, the manager of Dangote Farms.

“We don’t have enough supply,” Kaita said in a May 15 interview in his office, explaining why the factory had to shut. “We are hoping to reopen when we get the supplies that meet our demand.”

Closing of the factory, developed after a study by the central bank, is a setback for Nigeria’s plans to revive its agricultural industry, boost employment in the less developed north of the country and cut the national import bill.

It also shows how the grub, also known as Tuta absoluta, is devastating African tomato crops since arriving from South America through Spain in 2008. It has spread as far south as South Africa.

The factory started operations in March last year, producing at full capacity, before closing a month later as the crop losses took their toll.

Since then it has operated in fits and starts, working last between February and March, said Kaita.

Across the country the price of tomatoes has jumped, rising as much as threefold in some parts, on the impact of the pest described locally as the “tomato ebola,” according to a survey of buyers.

The National Horticultural Research Institute in Kano is urging farmers to protect their tomato crop by using lamps at night to attract the pests to water-filled trays.

“A lot of farmers producing tomatoes every year ran away from the crop this season,” Abubakar Hamishu, a research officer at the institute said in an interview. The organization is promoting this method of pest control, “which is affordable, to help the farmers,” he said.

Musa Alasan, who grew tomatoes on his 7-acre [2.8-hectare] farm, allocated only one acre for the crop this year while planting wheat on the rest.

“I lost almost everything, so I was really afraid to plant tomatoes again,” he said by phone from his farm in Samawa, near Kano.

“I know a lot of our friends who used to grow tomatoes but this year they didn’t, while others who did mix it with other crops.”