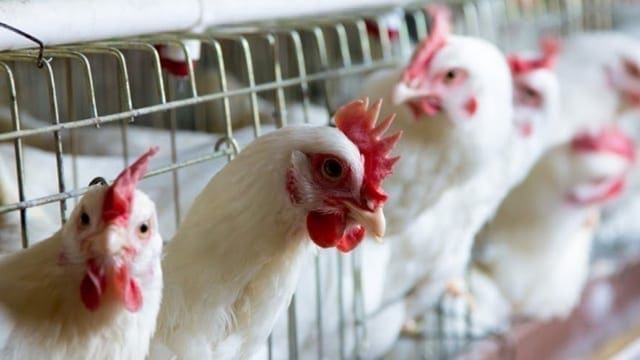 SOUTH AFRICA – South Africa continues to face the threat from bird flu, risking its trade with surrounding countries in chicken after it detected the disease on two commercial layer chicken farms in Gauteng and Mpumalanga.

According to the Department of Agriculture, Forestry and Fisheries (DAFF), the state veterinarian immediately placed the two farms under quarantine after the HPAI H5N8 virus was confirmed.

The department said the necessary measures have been taken to contain and eliminate the disease as efficiently as possible on both farms, which makes the total number of farms affected in the country to four.

“Forward tracing was done and cull chicken depots were identified, which had received live cull chickens from one of the affected farms in the last 21 days.

The records of these cull depots are being followed up to trace as many of these chickens as possible,” DAFF said in a statement.

The department said the new Poultry Disease Management Agency (PDMA) system of registering people buying and selling live chickens made it possible to trace the culls.

According to DAFF, the registration process has progressed well, and a number of initial challenges were ironed out.

The department has encouraged all role players in the poultry industry, involved in the buying and selling of live chickens, to comply with the registration and other requirements that are designed to allow the trade of live chickens to continue without compromising animal health.

South Africa has faced export restrictions from a number of countries following the outbreak of the highly contagious disease this year.

The depopulation of the two poultry sites affected in June is complete.

The carcasses, waste material, affected eggs and manure have been contained and will be dealt with to ensure prevention of spread of the disease, as well as to prevent contamination of the environment.

Export of chickens and chicken products from registered HPAI free compartments is continuing to countries that accept guarantees from such compartments.

There is good cooperation from registered compartments to increase the testing frequency to monthly testing.

Exports of raw meat, eggs and live birds from South Africa to some trade partners have been disrupted, as one of requirements for the certification is country freedom from Highly Pathogenic Avian Influenza, which cannot be provided since 22 June 2017.

The export of products, which had been processed to ensure destruction of the virus, is also continuing, unless the trade partner has raised an objection.

The H5N8 virus does not affect humans, Department of Health through the National Institute of Communicable Diseases tested workers from the affected farms and no human cases have been detected.