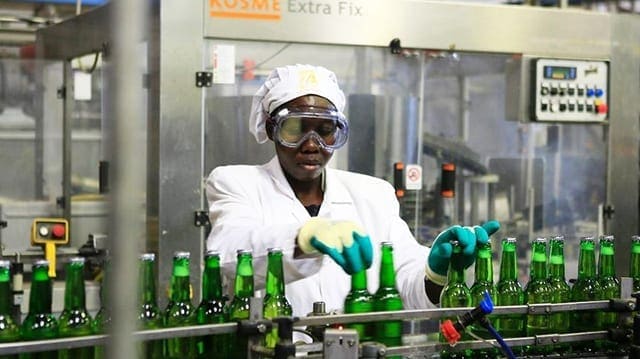 ZIMBABWE – Anheuser-Busch InBev’s associate unit in Zimbabwe, Delta Corporation, has swung back to growth after revenues for the June quarter increased 2 percent on the back of a 12 percent growth in beer volumes.

The company, which was formerly owned by SABMiller, attributed the surge to an improved agricultural output following the devastating drought that curtailed farming activity in the region in the past few months.

It said beer volumes grew compared to the similar period last year with a strong recovery in value brands.

Delta Corporation is trading under a cautionary after it received a notice from Coca-Cola advising of the group’s intention to terminate the Zimbabwean soft drinks maker’s agreement to make carbonated soft drinks and others under the Schweppes brand.

“This followed the merger of AB InBev and SABMiller and the subsequent agreement in principle between The Coca-Cola Company and AB InBev to explore options to restructure the bottling operations in a number of countries (including Zimbabwe).

The relevant parties remain engaged in discussions and stakeholders will be updated,” said Delta.

It said the continued influx of imported soft drinks has been attributed to “price and import duty disparities” while other experts cite smuggling syndicates.

Volumes for the sorghum based Chibuku was, however, down 5 percent for the quarter, although the Chibuku Super variation, which has a longer shelf life, was up 9 percent.

Chibuku has over the past few years been the major sparkle in the Zimbabwean brewer’s declining performance, helping it stem worse revenue and profit tumbles as the market switches to cheaper alcoholic alternatives.