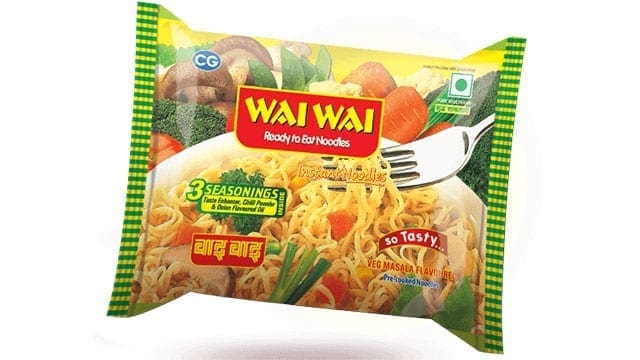 INDIA – Nepal’s Rs 13,000 crore (US$2 billion) CG Corp Global, the maker of Wai Wai noodles, holds India as a key and serious market for it.

“India is a key and serious market for us,” CG Corp Global Executive Director Varun Chaudhary told in a interview during his brief visit to the city to unveil Wai Wai City – a noodle bar.

Currently, the group is functioning in 30 countries.

The only billion dollar corporation of Nepal, the group has plans in real estate, infrastructure, hospitality and food park among others in India, Chaudhary said.

He, however, declined to specify the amount of investments in India. Chaudhary said they were assessing and waiting for the right time.

He said they were very close to inaugurate the mega food park in Rajasthan.

“We are looking to inaugurate the Greentech Mega Food Park this year. This is a farm to fork model. The park so far attracted Rs 200 crore (US$30m) and of which our group is investing Rs 100 crore (US$15m) in a new noodle plant,” Chaudhary said.

Currently, there are 12 outlets in the country but, the same would be scaled up to 50 by December and subsequently more than 200 in the next two three years.

The group said they would expand in overseas markets like the Gulf, Canada, the USA, Germany, Indonesia and Singapore.

In India, Wai Wai noodles claims to have 27 per cent market share with a sales of Rs 600 crore (US$92 million).