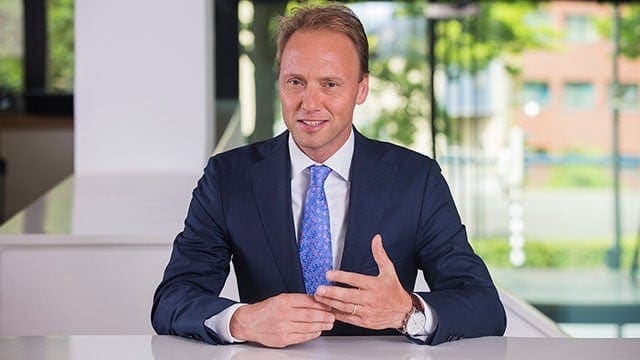 NETHERLANDS – Netherlands-based Royal FrieslandCampina, one of the world’s leading dairy companies and the parent company of FrieslandCampina WAMCO in Nigeria, has announced that its Chief Executive Officer (CEO), Roelof Joosten will step down on 1 January 2018, and to be succeeded by Hein Schumacher, the company’s current Chief Financial Officer (CFO).

Roelof has been a member of the Executive Board since 2012 where he was responsible for the business group FrieslandCampina Ingredients.

“It is a privilege to be given the opportunity to lead this wonderful company and to guide the organisation to the next phase.

Quickly and adequately respond to questions and demands of consumers and clients wherever in the world is priority,” Hein Schumacher said after his appointment.

“With relevant and nutritional products produced in a transparent and sustainable way throughout the chain: from grass to glass. FrieslandCampina can do this like no other.’

Roelof has been credited with initiating important changes with the update of the route2020 strategy and the company’s recently announced simplification of its organisation.

He also had a leading role in the sales of the company’s infant nutrition in China, said Frans Keurentjes, Chairman of the Supervisory Board of the company.

He also noted that as Chief Operating Officer of FrieslandCampina Ingredients, Roelof envisaged new possibilities for the valorisation of whey, which today is an important ingredient of, among others, infant nutrition.

“FrieslandCampina enters a new phase in which we will give priority to quick and adequate response to market developments.

“With Hein Schumacher we have a skilled leader within FrieslandCampina,” he explained

“FrieslandCampina has entered a change process in which we further strengthen the decisiveness of the company.

We can accomplish this by simplifying the organisation and by granting the four to be set up global business groups more independence,” commented Roelof Joosten.

Following recent changes, the Executive Board of the dairy has been reduced from 6 to 2 persons.