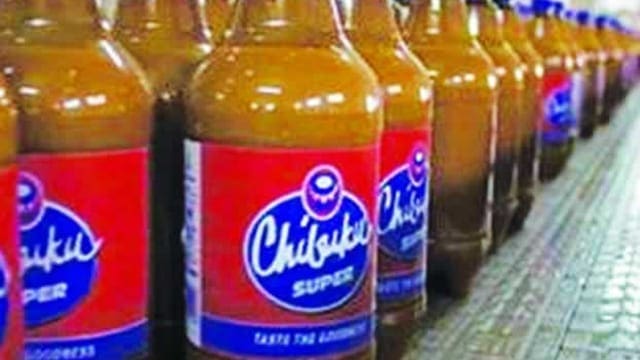 A Cabinet committee recently revived the 2010 National Alcohol Policy draft, which seeks to outlaw the sale of alcoholic products during certain days and hours of the week and never to pregnant women.

Standardbusiness also learnt there have been new licensing proposals, including high annual fees, and regulations on how manufacturers and distributors would get the product to the retailers.

Alex Makamure, the Delta secretary/corporate affairs director, said the beverage maker participated in the consultation process and gave input into the draft policy where some concerns were raised.

“Obviously, there are some provisions that were advanced by the regulators that may negatively impact on liquor retail operations and consumption patterns,” he said.

” You would notice that some of the supermarkets have been implementing some of the best practices such as segregated liquor sections.

“The contentious issue relates to curtailing hours on Sundays.

“In the current circumstances, the major concerns relate to the proposals from the Liquor Board with respect to licensing and the high annual fees.

“There are already disputes with the board on how manufacturers and distributors get the product to the retailers.”

The proposals seek to harmonise the liquor industry under one Act.

Afdis MD Cecil Gombera said they agreed with the general sentiment from other manufacturers and distributors who saw the proposed regulations as a potential risk to revenue but did not expect much.

“We’re solely alcoholic beverages manufacturers and therefore there are provisions suggested, which may have negative impact on consumption of our products,” he said.

“For a long time, the market has developed certain trading and consumption patterns, which include Sunday trading.

“These would remain areas of debate and we are certain a workable and acceptable position would emerge.”

Health and Child Care permanent secretary Gerald Gwinji confirmed the proposed new rules saying the changes were similar to those first mooted in the 2010 draft policy.

Some of the proposals include stopping breweries from distributing bulk beer and instead selling bottled beer.

If these changes are approved and implemented, it would see higher costs in the manufacturing of alcohol products, which could be passed onto consumers.

In the proposals, it was explained that the objective was to reduce socio-economic and other costs of alcohol abuse by setting essential national norms and standards in the liquor industry.

Other objectives include setting essential national norms and standards for the regulation of the retail sale and micro manufacture of liquor and getting players to be socially responsible in their business activities.

Under the draft policy, the impact on manufacturers and distributors would be more on supply to retailers and bottle stores.

The policy proposes that shops, supermarkets and bottle stores “should only be allowed to sell alcoholic beverages between the hours of 7am and 6pm and not after 12 noon of Sundays”.

For consumption, the draft policy seeks to limit where the sale of alcohol happens.

Delta enjoys 87% to 90% market share in lager and clear beer while in traditional beer they have 80% to 85% market share.

In its first quarter ending June financial results, Delta reported a 12% increase in its lager beer volumes and a 9% increase in the Chibuku Super brand volumes, showing consumer demand for these products were high.

At the end of Delta’s financial year ending March 31 2017, the company had gross sales worth $215 million after selling 121,4 million litres of lager beer and $179 million for 348,8 million litres of sorghum beer.