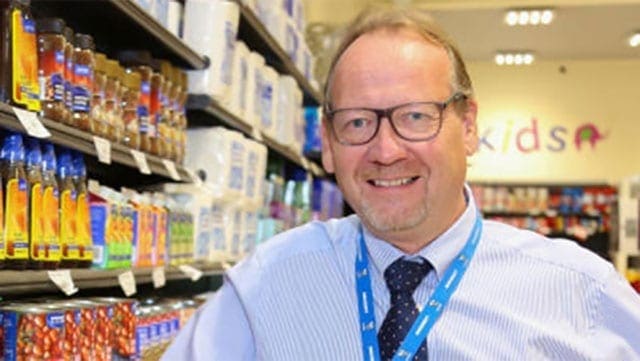 KENYA – The former executive of British retail giant Tesco, Andrew Dixon has left the troubled Nakumatt Supermarkets where he had served as Chief Marketing Officer since January.

Andrew Dixon had been appointed as the chief marketing officer, at a crucial time as the retailer was preparing to complete an offloading transaction of 25% stake to a deep-pocketed investor.

An anticipated capital injection of Sh7.7 billion from an unnamed strategic investor fell through in March, leading to a crisis marked by product stock-outs at its outlets, a pay spat with its staff and closure of some branches.

According to Business daily, Mr Dixon had said via his twitter handle, “To all my followers this is to advise that I no longer work at Nakumatt.”

He has also updated his LinkedIn page to indicate that he had completed his assignment at Kenya’s largest retailer.

According to Citizen Digital, this is the second high profile management exit from Nakumatt following the exit of long serving regional and strategy director Thiagarajan Ramamurthy who left in April to become the chief executive officer of Bidco Africa.

Mr Dixon’s departure comes at a time Nakumatt is involved in takeover talks with Tuskys Supermarkets as well debt restructuring negotiations with lenders.

Nakumatt has been plagued by acute stock shortage as suppliers severed ties over unpaid deliveries forcing the retailer to close as many as four of its stores in Kenya.