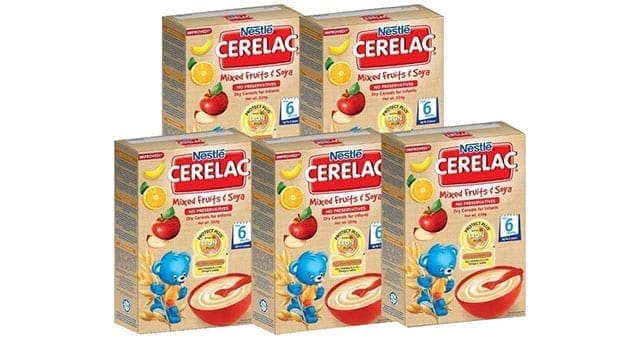 RUSSIA – Nestlé is building its first infant formula plant in Russia and the Eurasian region, as the world’s leading nutrition, health and wellness company invests to meet rising demand in the region.

“The factory in Vologda is a strategic plant for Nestlé in Russia and CIS, the only factory producing Nestlé infant formula in the Russia and Eurasia region.

This new factory will allow us to strengthen our leading position in the Russian infant formula market by developing our ability to supply both the domestic and the export markets,” commented Martial Rolland, CEO of Nestlé Russia.

The company has officially laid the foundation stone for the new factory, adding extra capacity in the plant that it has operated for 14 years.

“Today we are happy to announce that we start construction of the infant formula site, which will allow us to double the capacity of our local production from 2019 onwards,” said Eddy Dauphin, Nestlé baby food Factory Manager

“With the state of art equipment and technologies invested into the site, Vologda team and the factory are ready to produce the product for the most sensitive consumers of Nestlé,” he added

According to the company, the new factory in Vologda will strengthen Nestlé’s presence in the region, and also contribute to its balanced growth, increase prestige of the Vologda region from the social and economic point of view, as well as be the employer of choice.

Nestlé Russia has invested about US$2 billion in the past 20 years into the development of its production capacity in Russia. It owns 8 factories in the country.

The baby food market in Russia was one of the most resilient in the country following the economic stagnation that hit Russia from 2014, growing over 3% over the last few years, according to Euromonitor.

In 2016, despite a slight drop in volumes, total value grew 14% to US$4.4 billion at current rates, with Progress, the owner of Fruto Nyanya brand having a market leading 16% of the total market.

Euromonitor projects that by 2021 the market for baby food will reach 645,800 tonnes, growing 2% CAGR, but with a fall in value.

The latest investment, comes following recent announcement that the company has turned its focus on growing its infant nutrition business, among others, as restless investors put pressure on the company to be more grow faster and to generate more profit for its shareholders.

Apart from its infant nutrition business, the company has also told its shareholders that it shall invest in its water, coffee and petcare businesses around the World.