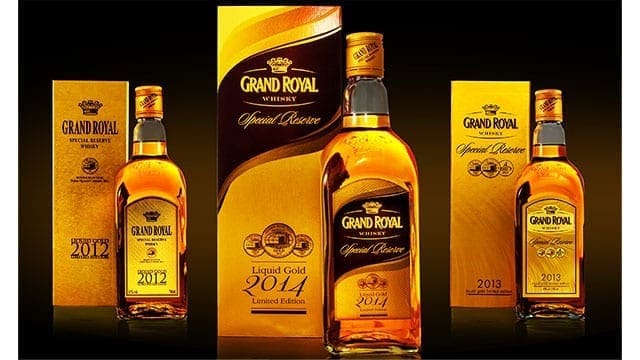 MYANMAR – Thai Beverage, the largest and one of Southeast Asia’s largest beverage companies, with distilleries in Thailand, has bought a 75% stake in Myanmar Distillery Company (MDC), the maker of Grand Royal whisky, for US$1 billion.

According to Reuters, the Texan private equity firm, TPG had sold its 50% stake to ThaiBev for a reported value of US$494.4 million, a deal which included MDC’s supply chain business, in December 2015.

As the Myanmar’s largest spirits company, MDC makes a range of other whiskies and gins at its sites in Mandalay and Yangon, along with Grand Royal.

ThaiBev’s sales had dropped 6% year-on-year to US$4.3 billion in the first nine months of its fiscal year, until June 2017, as a result of slow growth and observance of national mourning period in Thailand.

“The investment from Thai Beverage, one of Asia’s leading spirits groups, is a testament to MDC’s extensive platform and strong management team.

We wish them continued success as they secure further opportunities with their new partners,” said TPG partner Ganen Sarvananthan.

ThaiBev, which is listed in Singapore, said it raised the money through internally generated cash flows and external borrowings.

It acquired the stake from four third-party vendors, including Texas-based private equity firm TPG which sold its 50% stake in MDC, according to their separate announcements.

ThaiBev had acquired Singapore’s beverage maker Fraser & Neave for US$11.2 billion in 2013.

F&N makes soft drinks, ready-to-drink teas and soya milk as well as the 100 Plus isotonic energy drink, which is distributed in Myanmar.