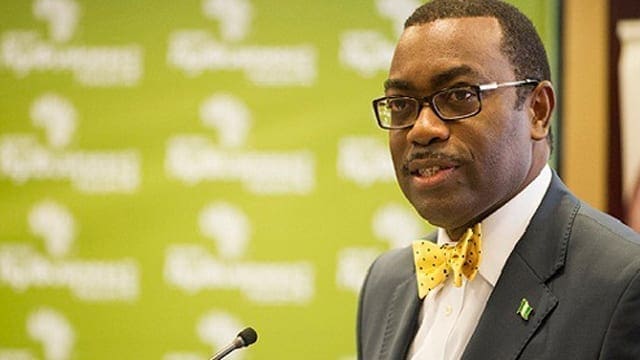 AFRICA – The world needs to bet on Africa to feed the 9 billion people that will inhabit the planet by 2050, as Africa has 65% of the uncultivated arable land left in the world.

In a lecture titled “Betting on Africa to Feed the World,” delivered on Monday, October 16, before a large international audience at Iowa State University in Des Moines, Iowa, Adesina stressed why, more than ever before, the world must help Africa to rapidly modernise its agriculture and unlock its full potential.

“Africa sits on 65% of the uncultivated arable land left in the world, so what Africa does with agriculture will determine the future of food in the world,” he emphasised.

He also highlighted how the challenge of addressing global food security is greatest in Africa where close to 300 million are malnourished.

It is also the only region of the world where the proportion of the population that is food insecure has increased, he said.

The AfDB President paid tribute to Dr Norman Borlaug, whom the lecture series was named after, and recalled how Africa was the last frontier for the late Borlaug.

Borlaug, the founder of the World Food Prize, was awarded the Nobel Peace Prize in 1970 for a lifetime of work to feed a hungry world.

Adesina stressed that despite the progress globally in food production (including in Africa, Latin America and Asia), the world still has 700 million people languishing in extreme poverty.

This, he added, includes 800 million with chronic hunger, 2 billion people with micronutrient deficiency, and 150 million children under five years of age who are suffering from stunting.

He described the challenge of feeding the world as immense, with need for rapid increases in global food, feed and biofuel production to feed a global population of 9 billion people by 2050.

Dr Borlaug would be disappointed if we couldn’t and with all technologies and innovations, from gene revolution to ICT revolution, at our disposal, we won’t be able to face him and say we didn’t.”

Adesina decried the current situation where Africa spends US $35 billion annually on food imports, describing it as unacceptable.

By his estimates, if the current trend continues, Africa is estimated to spend US $110 billion by 2030 on food imports.

“There is therefore absolutely no reason for Africa to be a food-importing region. Africa has huge potential in agriculture, but, as Dr Borlaug used to say, nobody eats potential!”

Africa’s savannas, he said, are better than the savannas of Brazil, because their soils are not acidic and therefore do not need liming, which had to be done at massive scales in Brazil.

“Yet, while the savannas of Brazil feed the world, those of Africa cannot even feed the farmers there,” he lamented.

He further highlighted how technologies, innovations, research and development, mechanisation, modernisation of agriculture, policy support and massive investments in infrastructure made the difference to turn the savannas of Brazil and those of Northern Thailand into a food powerhouse.

To transform its agriculture, Africa needs to make a decision to develop new agrarian systems − one that combines smallholder farmers with a new dynamic generation of medium and large commercial farmers.

He also canvassed land tenure systems that make it easier to get access to land, and for smallholder farmers and their communities to have secured land rights. A top priority must be to mechanise agriculture in Africa, he added.