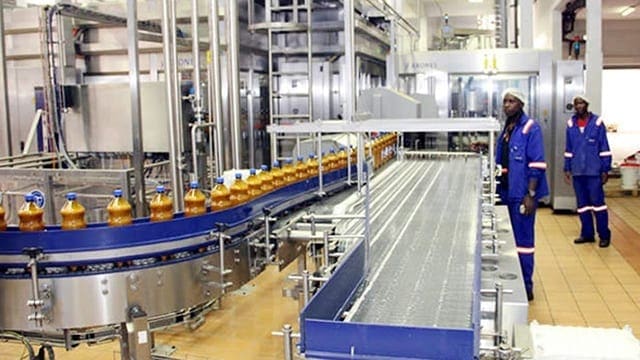 ZIMBABWE – Zimbabwe’s largest beverages manufacturer Delta Corporation has proposed that Government adopts a new excise duty regime on alcoholic beverages premised on absolute alcohol content as opposed to the type of alcoholic beverage, ahead of the 2018 National Budget.

In its 2018 National Budget Submission to the Ministry of Finance and Economic Development seen by The Herald Business, Delta said the move is expected to allow the company to reduce retail prices to competitive levels, rejuvenate volumes which are now at break even levels hence impact positively on the agricultural value chains and other upstream sectors.

Delta is among the top tax payers in the economy, contributing $134,5 million in taxes last year and expected to pay $4 million more by the end of this year.

The policy advantage of an alcohol duty rate structure based on alcohol content (although not a uniform rate structure across all alcoholic beverage types at this stage) is that it more clearly promotes government’s public health policy objectives,” Delta said.

“We believe that there is merit in changing the policy framework for taxing alcohol with a focus to increase equity and improve administrative efficiency and compliance,” the company added.

Delta said there are principally two options available via a move to alcohol content or specific amounts per volume of beverage or maintaining the current ad valorem system.

The Zimbabwe Stock Exchange listed beverage manufacturer recommended that the excise duty regime be changed to a specific amount per litre and that further refinement can be made to set this based on the absolute alcohol content.

Delta said Zimbabwe’s current level of excise duty on beer – though at a comparable ad valorem rate versus Zambia and Mozambique, is applied on base prices that are relatively higher in Zimbabwe and is based on the national wholesale prices.

“It is recommended that the tax policy be refined to indicate the target total tax (excise plus VAT) as a percentage of average retail prices. The regional benchmark of 35 percent should be adopted,” said the company.

“The alternative is to maintain the current ad valorem system whilst reducing the rate from 40 percent to 35 percent,” added delta.

The company said the current differential rates favouring traditional beer (which attracts a 3 percent beer levy) should be maintained.

However, Delta said, the current levy structure places an administrative burden on the manufacturers hence the levy should be remitted to the fiscus and not the district council where the beer is sold.

“There is an opportunity to reduce the excise duty on clear beer made from sorghum grain. The sorghum grain prices have been maintained at parity with maize, eroding the cost advantage on the beer.

We reiterate our previous submission for the definition of selling price in Excise Act should be modified to exclude the costs incurred by the manufacturer after the excisable goods are removed from the bonded warehouse, i.e. the selling price must be based on the ex-Manufacturer’s bond price to the trade,” Delta said.

Delta’s submissions are also drawn from the World Health Organisation argument in its Global Strategy to Reduce the Harmful Use of Alcohol that alcohol consumers are sensitive to pricing and recognises that taxes are a key element of pricing.

In the same submission Delta said despite the deliberate actions by manufacturers on self-regulation and mitigation plans there are increasing calls by regulators such as EMA to levy deposits on non-returnable plastic containers.

The company also raised concerns about the proposals from the Liquor Licensing Board, which according to the company are seemingly driven by the need to generate additional revenue.

“We are faced with ever increasing controls on the distribution of beer to retailers; advocating the creation of distribution merchants etc.

The planned implementation of the proposed National Alcohol Policy must be done in a way that minimises disruptions to retail and manufacturing operations.”