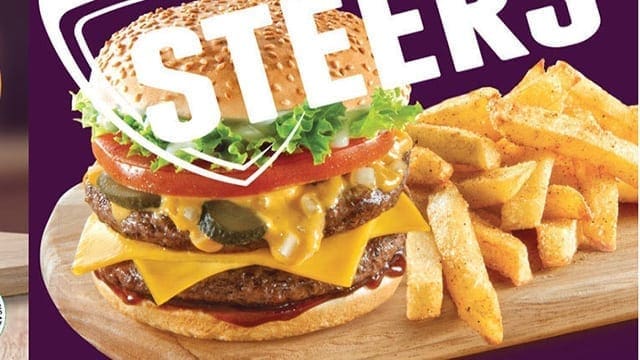 SOUTH AFRICA – Not even Tashas regulars have been immune to SA’s economic crunch. Releasing interim results on Monday, Famous Brands’s research showed that customers visited casual dining and quick-service restaurants 16% less frequently than a year ago as footfall through SA’s malls has dwindled.

Famous Brands’s biggest headache, though, is its expensive Gourmet Burger Kitchen acquisition, which introduced debt of R2.9bn, where before it had none, and dragged first-half headline earnings 59% lower, to 170c per share.

However, the same deal was also behind a 39% jump in revenue, to R3.4bn. Overall, operating profit for the six months was flat at R406m.

While Gourmet Burger Kitchen has knocked investor confidence in Famous Brands — its shares plunged 11% earlier in October after it warned that the UK division would return to profit only in 2018 — Hele said “it’s not disastrous.

[Was] the timing wrong? Of course it was  wrong, [but] I think it’s going to be short-lived, there’s nothing fundamentally wrong with  the business.”

The debt used to buy Gourmet Burger Kitchen has meant no interim dividend and a final dividend is not a certainty either, as Famous Brands begins its debt-reduction payments.

“We’re being very cautious but if you look at the cash generation, we’re not sitting in a situation where there’s tight cash,” he said.

Hele maintains that the going will be tough for Gourmet Burger Kitchen over the next 18 months as the UK grapples with Brexit, but “the balance sheet in SA was always able to sustain it, so we haven’t gone and done anything stupid”.

He is also believes there is no “brand issue” with Gourmet Burger Kitchen.

Still, UK food inflation has risen an unexpected 8% over the past three months and analysts said that sales in the UK fast-food market would have to grow at least 3%-6% for companies to deliver even neutral margins — suggesting more competitors will drop out of the industry.

While the company has pulled back on store openings in the UK, it nonetheless plans to open 130 restaurants by the end of this financial year and refurbish 160 across the group, having opened 77 restaurants and revamped 107 in the six months under review.

Famous Brands’s other divisions — supply chain, logistics and manufacturing — posted revenue growth of 12%, 10% and 6% respectively, although logistics’ margins were hit by industrial action during the period.