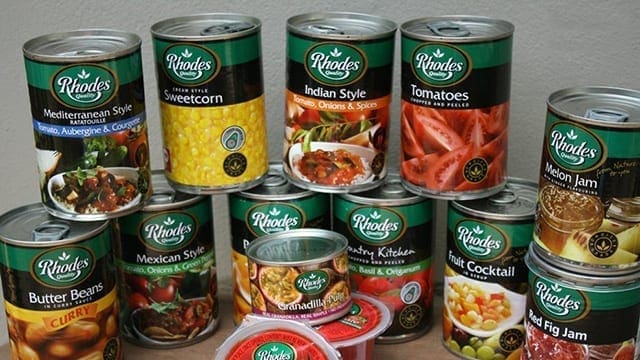 SOUTH AFRICA – Rhodes Food fell more than 3.5% in early trade yesterday after the group announced that it expected profits for the year ended October to decrease by up to 22% as the Western Cape drought and international business weighed on the bottom line.

The company said the drought had pushed up canned fruit costs and impacted negatively on its export volumes  while its international units underperformed due as a result of the rand strength during.

It said turnover for the period increased 10.8 percent compared to the similar period last year.

It said besides its international unit also took the fall on the back of pricing pressures emanating mainly in Asia.

“Canned fruit export volumes recovered in the second half of the year but were marginally down year-on-year,” Rhodes said in the statement.

“The full impact of the strengthening currency on the operating margin was limited in the first half by the group’s foreign exchange hedging policy.

This could not continue in the second half and margin deteriorated as a consequence of the stronger rand.”

Ma Baker produces pies, pastries and snacking products at its manufacturing facilities in Pinetown and Pietermaritzburg.

It said international turnover eased 18.1 percent compared to the prior year as a result of industrial sales of pulp and puree products which slowed significantly in the second half of the year due to a major decline in global pricing and reduced demand in key international markets.

However, the group’s regional sales, which includes South Africa and the rest of Africa increased by 21.4 percent, with organic growth of 12.7 percent.

“The regional performance benefited from the acquisitions of Pakco and Ma Baker which have settled well and have been consolidated for six months in this period,” it said.

“The group has continued to gain market share in key categories and sales in the rest of Africa continue to show good growth.”