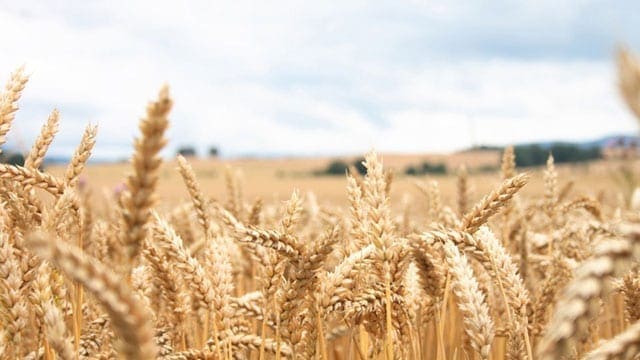 ZIMBABWE – Farmers have started delivering their winter wheat to the Grain Marketing Board (GMB) depots across the country.

Most of the farmers who are delivering the crop are the ones who benefited from the Command Agriculture programme.

He assured farmers that GMB depots had enough space to cater for the crop.

“We have received over 1,2 million tonnes of maize from the 2016-17 summer cropping season and we still have enough capacity to take in wheat,” he said.

“We have enough space, not only for the wheat being harvested, but for any crop we have recommended for delivery and payments into our GMB depots.”

GMB cylindrical silos have a capacity of 700,000 tonnes for all grains, while the hard stands cater for 3,3 million tonnes.

Deputy Minister Marapira said he had visited several GMB depots and directed that they ensure more storage facilities were created for the wheat, so that no farmer would experience challenges.

“Wheat is not as much as the maize, and farmers have mobilised combine harvesters. We are expecting around 100 000 tonnes, unlike maize,” he said.

Mr Marapira dismissed allegations that some millers were buying grain from GMB for resale at a higher price to the same parastatal.

“I do not buy the idea that some millers are buying grain from GMB depots and delivering to the same parastatal for a higher price,” he said.

“We have requested a list of recommended millers to buy from GMB. We continuously check with the GMB to ensure that whatever millers buy is utilised to the extent that I have advised my ministry to go and check in retail shops where the millers would have sold their product.”

Zimbabwe, which has become a net importer of wheat, requires 400,000 tonnes of the cereal.

Following the success of the Special Maize Programme (Command Agriculture) during the 2016-17 summer cropping season, Government has embarked on similarly structured Special Winter Wheat Production programme in an endeavour to reduce wheat imports.