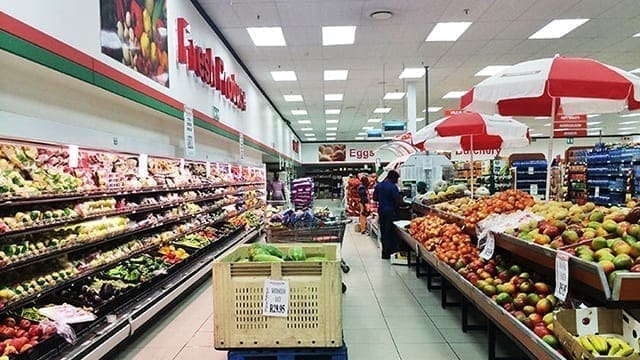 KENYA – Botswana’s Choppies plans to open between 20 and 25 branches in Kenya, as it races to take advantage of the market gap created by woes facing Nakumatt and Uchumi.

The retailer, which is largely a budget store with operations in seven African countries says it has Sh20 billion (US$200m) to pump into its expansion in Kenya in the next three months.

The firm says it will give a major facelift to its 11 branches it bought from Ukwala, and convert most of them into convenience and express stores.

“We want to enrich the basket of goods and that is why we are going for the middle income and high-end market with our new stores,” Vijay Kumar, the Choppies executive director for East Africa said in an interview.

Mr Kumar, who was head-hunted from Nakumatt said the retailer is also going to rebrand all the Ukwala branches into Choppies.

He will oversee the retailers business in Kenya, Uganda, Tanzania and Rwanda.

In the region, the supermarket plans to plans to open 40 more stores in the region by mid-2018.

He said the retailer as a policy does not use debt for its expansion programme but uses cash from its reserves.

“We will fund this expansion through our cash reserves. We are looking at between 20 and 25 high-end branches and the first five should be open by the end of January next year,” he said.

Some of the new branches already in the pipeline include South Field Mall in Embakasi, where it will be taking the battle at the door step of struggling Nakumatt.

It plans to open doors to this outlet in the first week of December to be in time for the Christmas shopping.

“This is will be our flagship mall and it is about 40,000 square feet. We will be the anchor tenant in all locations,” Kumar said.

Other branches will be at Kiambu Mall, the Signature Mall in Mlolongo, on Mombasa Road, and Limuru Mall.

It will open a convenience store at Valley Arcade, which will target the high-end shoppers.

Other branches are expected in Narok, Nakuru and Eldoret. Choppies has 217 stores in the region, including operations in Mozambique and Zimbabwe.

It is also planning to enter Namibia before December while expanding its presence in South Africa, Zambia and Tanzania.

It is listed on both South Africa’s JSE securities exchange and the Botswana Stock Exchange.

The Gaborone-based retailer owns 75 per cent of Ukwala Supermarkets.

Choppies invested Sh1 billion to acquire a controlling stake in nine Ukwala stores located in Kisumu (five), three in Nairobi and a single outlet in Nakuru.

The remaining 25 per cent equity is held by Export Trading Group, a Tanzanian firm.

Choppies is the fourth foreign retailer to set its eyes on Kenya besides French retailer Carrefour and two South African retailers – Massmart – which operates in Kenya under the brand name Game and Shoprite – all of who are now positioning themselves for a piece of the action previously controlled by Nakumatt.

Uchumi Supermarket has also been fighting a similar battle just like Nakumatt, only to a smaller scale. This has created a vacuum in the market that foreign supermarkets are now angling to fill.

Before the troubles of Nakumatt and Uchumi, it had been harder for a new entrant to find its footing in the country, given the strategic locations that Nakumatt had, which was seen as its biggest edge in the market.

Nakumatt has been forced to shut down 20 new stores after it became nearly bankrupt, following an aggressive expansion plan that saw it eat up money owed to suppliers and creditors.

Carrefour is one of the biggest beneficiaries of the troubles of local supermarkets and is taking in some of the customers Nakumatt had.

Carrefour’s current stores are at Nairobi’s The Hub in Karen and Two Rivers Mall in Gigiri, Nairobi.

The French based retailer is in the process of taking over at least two prime locations that Nakumatt left over rent arrears among them the Thika Road Mall (TRM) in Nairobi.

The TRM outlet covers over 5,000 square metres selling area and will cater for the growing population segment residing in Roysambu and Kasarani – Nairobi suburbs as well as those travelling along the busy Thika Road.

Shoprite is understood to be talking to property owners in Kenya.

It has already occupied the space previously occupied by Nakumatt at Acacia Mall in Uganda – having been in the country for more than a decade.

Shoprite operates 2,689 outlets in 15 countries across Africa and the Indian Ocean Islands which consist of 613 Shoprite supermarkets, 246 Checkers and Checkers Hyper supermarkets, 367 Usave stores among other brands dealing in furniture, fast food, pharmaceuticals and household items.

The fate of Nakumatt will be known this week, when the High Court rules on whether it will be allowed to appoint an administrator to keep the business running or await liquidation.

If the court rules its way, the firm will be looking at its rival Tuskys to inject Sh650 million into its operations and offer loan guarantees of between Sh1.5 billion and Sh3 billion for the outstanding debt.

The plan is to have Tuskys, which has expressed interest in acquiring a 51 per cent stake in Nakumatt, also issue guarantees to suppliers. But no one is talking about who will repay the nearly Sh40 billion it owes.

The retailer had sought the 60 days to complete the proposed takeover deal with Tuskys and come up with a new strategy for the settlement of debts.

The firm has proposed that Peter Obondo Kahi, the PKF partner in charge of forensic and business recovery in East Africa, be appointed by the High Court to lead its recovery.

Nakumatt had an ambitious plan to roll out 24 new stores between 2015 and 2017. This would have seen it open on average one new outlet every month and the target was to have 77 branches by the end of this year.

But the ambitious plan collapsed mid-way after the new branches ended up locking up billions of shillings that had been diverted from suppliers and other creditors, making it the last straw to push the retailer into financial ruin.

Some of the outlets it has so far vacated include seven branches in and around Nairobi among them those that had been located on Ronald Ngala, Haile Selassie, at Thika Road Mall, Next Gen Mall, Lunga Lunga, Junction and Westgate Malls in Nairobi.

Outside Nairobi, the other outlets that remain closed are the Nanyuki branch, Bamburi branch at the coast, Eldoret town branch, Kisii branch, Nakumatt Nyanza and the Bungoma and Busia branches.
The Standard