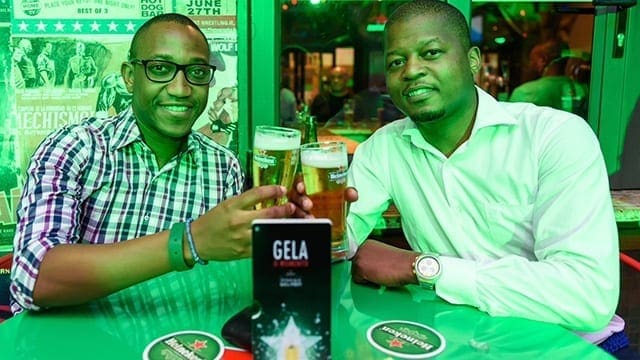 MOZAMBIQUE – The World’s number 2 brewery Heineken has laid the foundation stone to set up its first brewery in Mozambique, as it boosts its investments in Africa and other developing economies to cushion stagnant or slow growth in developed economies.

This new brewery, valued at US$100 million is located in the province of Maputo, the capital city of the country

The brewery will have a production capacity of 800,000 hectoliters and make beers targeting the domestic market.

The brewery is expected to commence production in the first half of 2019, says Heineken.

The company that it started its activities in the country in 2016 through a sales and marketing office, importing international beers including Heineken, Amstel, Amstel Lite and Sagres in the country to offer more choice to Mozambican consumers.

“With Heineken’s passion for quality, our new brewery will deliver high quality beers to Mozambique according to the international standards of the Heineken Company. We look forward to continue to provide enjoyment to Mozambican consumers with our brands,” said Nuno Simes, General Manager, Heineken Mozambique at the official foundation laying ceremony.

“We are delighted to enter Mozambique, where we see promising long-term economic perspectives.

Investing in a new market like Mozambique supports Heineken’s ambition to expand its footprint and be the number one or a strong number two in all markets in which it operates,” said Boudewijn Haarsma, Heineken’s International’s Managing Director East & West Africa.

The company has stressed that it will explore the possibility of locally sourcing raw materials in Mozambique to produce its beers, to fulfill its ambition of sourcing 60% of its agricultural raw materials in Africa by 2020.

This latest investment becomes Heineken’s latest foray into Africa, following the opening of its first brewery in Ivory Coast last year, where it has announced to bring forward investments that will double its beer capacity, earlier than anticipated due to strong demand in the country.

Heineken is also a recent entrant into Ethiopia’s rapidly growing beer sector, where its Walia brand has gained enthusiastic consumers as rising economies and increasing urbanization drives beer consumption across the country

Blighted by civil war that continues to simmer, Mozambique could offer similar scenarios as Ivory Coast, where the company came into the market to face a monopolistic market structure led by Castel Group and has managed to cut its niche in a country also recently ravaged by civil war.

In Mozambique, Heineken will have to contend with AB InBev’s stranglehold on a market where the brewing giant launched Africa’s first cassava beer, Impala, an affordable beer to quench the thirst of the country’s 30 million people.