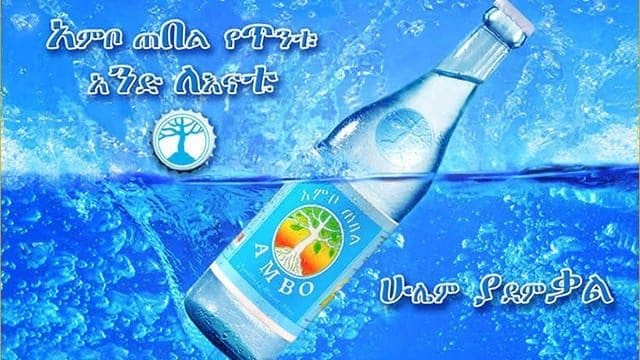 The case began in June 2017, when the Authority’s prosecutors filed a claim stating the two companies had allegedly merged without its acknowledgement, which needs to be notified of any merger along with other details, according to its establishment proclamation.

As evidence, the Authority’s case processor presented documents showing the transfer of four workers from East African Bottling to Ambo Mineral Water, joint use of their logos and sharing each other’s sales line.

The prosecutor also stated that the companies ordered retailers to carry both products at the meeting held at United Nations Economic Commission of Africa (UNECA).

Along with the evidence, the prosecutors requested the Tribunal to order the two companies to terminate their illegal merger and fine them for the illegal acts, according to the suit.

But the two companies, through their lawyers, Fikadu Petros and Israel Tekle defended themselves separately, in their statements of defence submitted on July 3, 2017.

East African, which annually produces 50 million litres of soft drinks from its three plants located at Dire Dawa, Bahir Dar and Addis Abeba, denied the merger and explained none of the companies owns shares in the other.

On the other hand, Ambo, which produces 26,000 glass bottles and 10,500 plastic bottles an hour from its plant located at Seqelle locality, 130Km west of Addis Abeba, argued there was no evidence to prove the claims, nor does the merger of their subsidiaries indicate that the two companies have joined.

After analysing the evidence from both sides, the Tribunal, presided by Kidane G. Mesqel, ruled in favour of the plaintiff on December 20, 2017, stating the two companies had illegally merged without the acknowledgement of the Authority.

Kidane also stated that a verbal announcement of the merger is enough to demonstrate the existence of the alliance without any written document.

“Hence, this illegal merger of the two companies affects the fair competition in the beverage market,” reads the Judge for the less than 20 attendants of the session.

He argues that the merger could bring a potential threat to the beverage market unless it is assessed before its approval.

“Unauthorised merger of companies could monopolise the market leaving consumers with no alternative,” Million told Fortune.

Each company will pay five percent of their last year’s revenues.

In the meantime, the two companies can appeal to the Appellate Tribunal, according to the judgment.

Officials of Ambo were not available for comment while Fikadu, East African Bottling’s lawyer, refrained from giving any feedback on the issue.