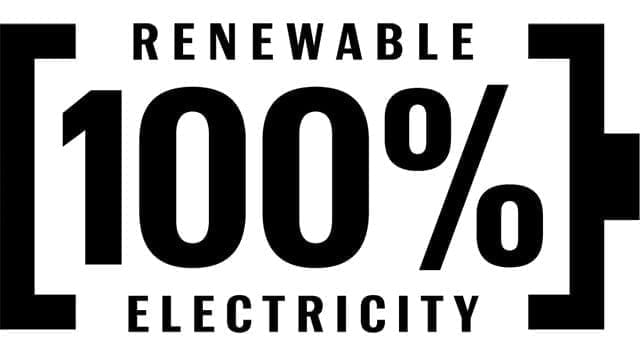 As part of a commitment to brewing all of its beers around the world with 100% renewable electricity by 2025, in line with parent company AB InBev’s commitment, the company plans to source all purchased electricity from renewable sources.

The symbol will appear on the label of every Budweiser brewed in the United States beginning in spring 2018 – the first country where the beer will be brewed using 100% renewable electricity.

The U.S. electricity is sourced from the Thunder Ranch Wind Farm in Oklahoma, which is powered by Enel Green Power.

The label will then roll out to additional markets as they reach 100% renewable electricity in their Budweiser brewing operations.

Budweiser unveiled the symbol at an event at the World Economic Forum, inviting other brands to adopt the symbol and celebrate renewable electricity use as a way to tackle climate change.

“To brew the perfect beer we need the highest quality natural ingredients. This is why we’re working to ensure a thriving, sustainable environment for the next 100 years and beyond,” said the Chief Sustainability Officer, Tony Milikin.

The company says that it is committed to building a brighter future and is proud to use its iconic brand to play a role in driving meaningful change on a global scale.

41 million Budweisers are sold on average every day around the world, and switching to renewable electricity in Budweiser brewing operations will correspond to taking 48,000 passenger cars off the road every year, says Budweiser.

“We know that climate change is an important issue for consumers, but they aren’t sure how their everyday actions can make a difference.

The renewable electricity symbol can show consumers that their purchasing choices can have a positive impact,” said Brian Perkins, Global VP at Budweiser.

Budweiser is also working alongside a number of NGOs and with Accenture to develop a process and guidelines to encourage other brands to adopt the symbol.