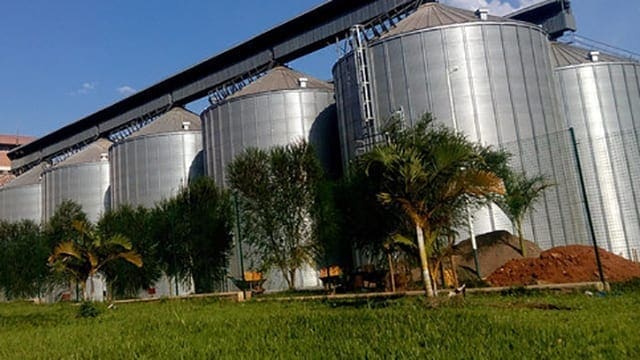 RWANDA – Africa Improved Foods (AIF), a local manufacturer of fortified foods has assured local farmers and farming cooperatives that it was set to double local sourcing for maize, sorghum and soya this year.

The firm looks forward to increasing production with an eye on the export market.

According to officials from the firm, they were increasing production from 35,000 to 45, 000 tonnes of produce, marketed and sold under the Nootri range of fortified foods.

Given an increasing demand for fortified food products in the region, Africa Improved Foods was laying a platform to deliver quality as well as enough food for infants, breast feeding mothers and other upcoming customers.

The fortified food processor believes that with increased capacity of nearly 160 tonnes of fortified foods per day, local sourcing for maize and soya will be on the rise as it has in the past relied on the COMESA market for more than 50% of its raw material.

“The volumes of both maize and soya will now double to 10,000 tonnes and 1,000 tonnes respectively.

This will also require us to invest more in farmers,” said Prosper Ndayiragije, the company’s country manager.

According to Ndayiragige, local farmers lack the capacity to produce quality raw materials in volumes large enough to satisfy the needs of the factory and meet the export market threshold.

To close the supply gap, the firm has explored alternative sources in the region to meet their need for maize, sorghum and soya.

Through a collaboration with 9,000 large and small scale farmers, the firm targets to source over 50% of its raw material locally over a period of 5 years depending on their availability.

Collaboration with farmers to obtain quality produce will not only benefit the farmers with premium rates but also the firm as it reduces on operational costs incurred in the process of sourcing raw materials outside the region.

The firm in a close partnership with organisations like International Finance Corporation (IFC), was rolling out support programs to teach farmers and partner cooperatives on modern farming methods and different postharvest handling methods, together with modern equipment that support high yields.

“Supporting farmers to increase crop yields and also ensure proper post-harvest handling means that we don’t require importing most of our raw materials from the region. Besides, importing maize or soya makes our operations costly.

Therefore, the more we source locally, the better for the company as it reduces the cost of doing business,” said Ndayiragige.

Strengthening innovation, product development, sourcing and building the capacity along the food chain were among the strategies to be used in developing products that meets the growing demand in East Africa once the plant is set up.

In 2016, AIF made an investment of US$60 million in the local food processing industry bringing together other processors like Sosoma Industries, Sina Gerald Enterprise Urwibutso and Minimex.

In a joint venture, the company unveiled a new product, Nootri family to add to its range of Nootri Tooto and Nootri Mama porridge flours.

The company exports 85% of its products in the region with key exports in Democratic Republic of Congo and Burundi.