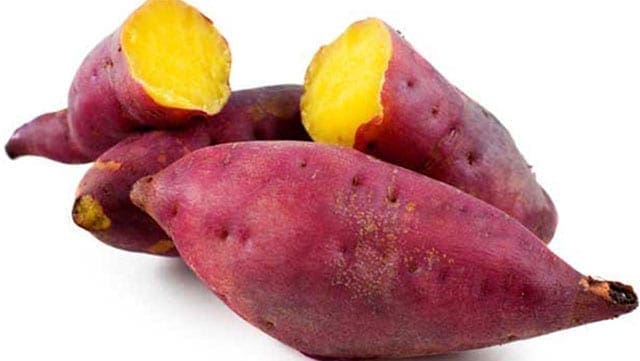 KENYA – Sweet potato farmers in Meru are looking forward to a brighter future following the establishment of a plant to aid in value addition as a way to boost their earnings.

Construction of a US$494,000 bakery and milling plant funded by the European Union (EU) through the National Drought Management Authority (NDMA) is already changing fortunes of growers who now earn Sh2,500 per 50kg bag of orange fleshed sweet potatoes.

Farmers have been relying on brokers who buy the commodity using extended bags of up to 80kgs at as low as US$19.6.

The processing facility, based in Maua town, is being run by Meru Friends Sacco and started operations in January.

NDMA County drought response officer, Godfrey Mbogoh, said the plant has the potential to produce up to 21 by-products including bread, cakes, crisps, sweet potato flour among others that have been approved by the Kenya Bureau of Standards.

The initiative is part of NDMA’s preparedness programme aimed at mitigating the effects of drought in the northern areas of Meru County.

“We expect the value addition of sweet potatoes will not only increase earnings to farmers, but also address issue of malnutrition and food insecurity.

The plant is currently operating at minimum capacity because we are yet to get approvals for all the products.

We expect close to 1000 farmers will be benefiting from selling to the processing facility,” Mr Mbogoh said today.

Meru Friends Sacco vice chairman, Peter Kilucia, said the society had enrolled 1,200 farmers who were being engaged in the production of vitamin A rich orange-fleshed sweet potatoes.

He said production of flour will increase demand for raw materials in the next few months.

“We buy the produce directly from farmers and pay within seven days.

Farmers who are our members will also benefit from credit facilities, bonuses and dividends. Once we get into optimal production by milling and making crisps we expect to be collecting more than one tonne of sweet potatoes daily,” Mr Kilucia said.

Ms Rebecca Makena said they were currently baking close to 1,000 loaves in a day but are yet to satisfy the market demand.

She said the crop was best for baking bread as it improves the nutritional value of a loaf.

“Since we are one month into operation, we are now using 100kgs of sweet potatoes.

To make bread, the potato is first boiled before it’s blended with wheat flour.

For baking cakes, we have to dry the potatoes to five percent moisture content and mill it into flour,” Ms Makena explained.

Mr Kilucia said farmers who have had to dispose of their produce at whatever price are now assured of a steady market.