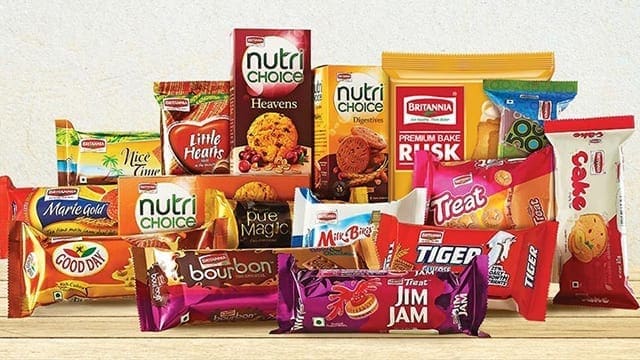 INDIA – FMCG major Britannia Industries has plans to launch around 50 new products under its existing as well as new categories by the end of the next fiscal as part of efforts to be a total food company, said a top company official.

In view of its growth strategy, Britannia will launch dairy products by end of 2019 and croissants through its joint venture with Greek cakes and confectionery major Chipita by October-November of 2018.

Besides, the company will continue with its strategy of adding new countries in its list and scout for new markets in Africa, while foraying into Bangladesh and Myanmar.

“Almost 50 new products would be there by the end of next financial year,” Britannia Industries Managing Director Varun Berry told .

The Kolkata-headquartered company is looking to diversify in bakery and non-bakery segments and also focussing on snack items.

“We are also looking into other areas as bakery and outside bakery, the macro-snacking category, which could be potential areas for us to grow,” he said.

Besides, Britannia may also launch new sub-brands in the market for some categories, although it will primarily rely on its existing ones.

The group will continue with its existing sub-brands to make sure that it is not completely entering the unknown territories, Berry said, adding that however, in some categories, the company will look for a new one where there is no suitable brand.

The company is in the process of putting up a manufacturing line with its JV partner Chipita for croissants, which is expected to come up by the third quarter of the coming fiscal.

On his plans for the dairy sector, Berry said, “We are pretty clear that we would go into it and the value added product segments.”

The company is also in the process of setting up a Rs 1,000-crore (US$ 155 million) plant at Ranjangaon, Pune which would be an integrated food park, he said, adding two plants in Guwahati and export-oriented unit at Mundra SEZ would be commercialised early next year.

Britannia’s Nepal plant would start in the fourth quarter of the next fiscal as it is awaiting environmental clearance there.

“Our target is add new country every year and that is going well,” Berry said.

A present, Britannia has manufacturing units in Dubai and Oman, which cater the Middle East markets.