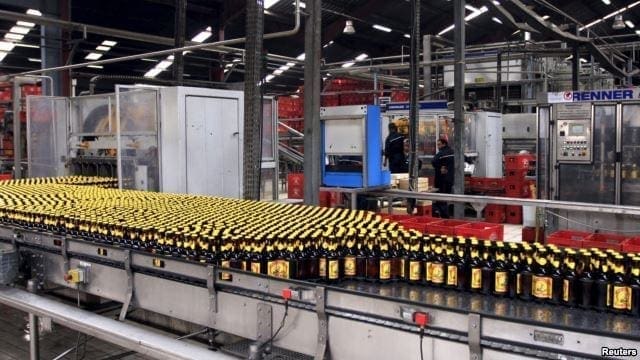 ETHIOPIA – Asella Malt Factory joins the list of public enterprises, grabbing the highest offer of US$48.8 million after the Ministry of Public Enterprises (MoPE) put it up for privatisation.

The Factory joins the highest offer earner companies next to the US$944 million bid made by Japan Tobacco International for National Tobacco Enterprise (NTE) and US$225 million of Diageo Plc’s offer for Meta Abo Breweries S.C.

Oromia Agricultural Cooperative Federation, founded by members of agricultural unions, made the highest offer to acquire the Company during the financial opening.

Malt Africa, a sister company of Bavaria which is the major shareholder of Habesha Beer gave the second highest offer of US$40.07 million.

Calypso and Souflet Malt offered US$35.5 million and US$27 million, respectively for the Company which has an annual production capacity of 360,000qls.

While the three companies proposed to pay between 30% and 35%of their offers in advance and the balance within five years, during handover, Souflet proposed to make the full payment at once.

The Factory which was established in 1984 on 14.7Ha has been one of the strategic enterprises in the country as the major malt supplier along with Gonder Malt owned by Dashen Breweries.

Asella Malt fulfils around 40% of the local malt demand in the country.

It also supplies malt to the seven operational breweries in the country, having a production capacity of over 12.6 million hectolitres of beer requiring a minimum of 236,280tns of malt a year.

Imports cover the remaining 156,600tns of the demand.

Some months back the paid-up capital of Asella Malt was raised to US$8.45 million from US$775,959, following a regulation approved by the Council of Ministers (CoM).

For the cork and can manufacturing factory only CGF-Business Group offered US$4.7 million to acquire the government’s share in the company.

The government has a 75% stake while private investors possess the remaining.

“The government will privatise all state-owned enterprises step by step as a strategy,” said Wondarfash Assefa, communications director at the Ministry.

Since its establishment two decades ago, the Ministry has privatised a total of 377 public companies with 96% of the payment fully settled.

Out of the total companies, 87% were transferred to local buyers.