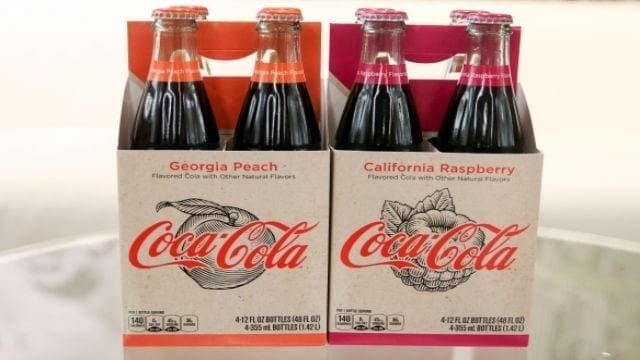 According to the company, it hopes to capitalize on the growing popularity of craft sodas and build on the success of Coca-Cola from Mexico, which the company began importing into the U.S. in 2006 and has posted solid growth ever since.

Several drinks companies are using the foundations of the craft beer revolution for soft drink additions to the marketplace, offering a real choice of flavour and options away from Coca-Cola and PepsiCo products.

With soda sales continuing their fall in volumes in the US market, with a 2.5% drop in 2017, according to Euromonitor, Coca-Cola’s move comes at a point that locally produced, artisanal beverages are beginning to take a bite of the soda industry.

The global craft soda industry totalled US$537.9 million in 2016 and is expected to grow by 3.5% per year to 2015, hitting US$732.4 million by 2025, according to Grand View Research, Inc., driven by consumer interest in healthier beverages and a change in consumer needs and wants.

“While traditional soft drinks are under review by nutritionists, craft soda, also known as specialty, small-batch, or artisanal soda, is gaining share owing to its finest and natural ingredients, unique packaging, creative flavors, and its strong local presence.

Rising trend of gourmet food as well as wellness food is expected to be the vital factor for increasing consumption of craft sodas,” says the report by Grand View Research.

“We see an opportunity to make more of a full portfolio play in this space with these new locally inspired flavors.”

Coke’s R&D team worked with nearly 9,500 consumers and explored more than 30 flavor options, mostly rooted in fruit, for what would be the brand’s first flavor innovations since Vanilla Coke in 2002.

“We let the consumer lead us to these flavors through several rounds of research,” Norton said. “Peach and raspberry floated to the top.”

According to Ted Ryan, Coca-Cola archivist, he sees the new drinks as a modern-day interpretation of the ritual of personalizing Coca-Cola with locally relevant tastes. They also align with people’s desire for more information about the foods and beverages they consume.

“We know that our consumers want more transparency,” Norton added.

They’re shopping local, and eating local. So we wanted to allow people to experience some unique local flavors no matter where they live in the United States.”

The bottle and package designs also reinforce the local, craft-inspired personality of the new beverages.

“The logos and imagery are printed directly on the glass bottles versus a label, the four-pack carrier is designed in an artful, understated way, and the on-pack copy shares the story behind these beverages,” Norton said.

Coca-Cola Georgia Peach and Coca-Cola California Raspberry both tested well with consumers and could help recruit new drinkers into the trademark, Norton said. Two in three non-Coke drinkers who tried the new beverages said they would buy them.

According to Norton, the company sees an opportunity to make more of its full product portfolio to play in craft soda space with locally inspired flavours.

Coke is taking a low-key, grassroots approach to marketing, and to help create a word-of-mouth buzz about the new beverages; the brand is collaborating with local artisans and artists in Georgia and California to create statement pieces, like murals, installations and street art, inspired by the flavors and their hometowns.

Norton said the team is considering similar partnerships with chefs and mixologists.

“We learned a lot from Coca-Cola from Mexico and how it has grown organically,” Norton said, alluding to the company’s introduction of soda from Mexico that is made from cane sugar, and which has found a strong following in the US.

“So we’re being purposeful in deciding how to launch these new products, keeping in mind the importance of allowing consumers the opportunity to discover the new products for themselves, and making that discovery process part of their own personal narrative.”