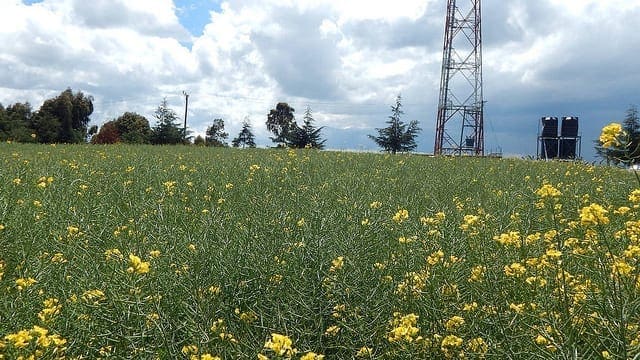 GERMANY – German chemical giant Bayer AG on Wednesday said it was preparing to sell more assets to win antitrust approval for its $60 billion-plus takeover of Monsanto Co., as getting the regulatory green light takes longer than expected.

Chief Executive Werner Baumann said the company was preparing the sale of another bundle of assets after agreeing in October to sell parts of its crop-science business to rival BASF SE for $7 billion.

“We have now also committed to divest our entire vegetable-seed business, ” Mr. Baumann said, adding that additional businesses may be sold or licensed. He declined to give a value for the extra assets that could be sold or the share of Bayer’s revenue they could represent.

Bayer has also agreed to grant BASF a license for its digital-farming data, according to a person familiar with the matter.

The move comes amid a delay in winning competition approval to buy the U.S. seed maker, a deal that will create an industrial powerhouse and tilt the German company heavily toward agriculture in a long-term bet on high-tech crops.

Bayer is now aiming to complete the takeover of the St. Louis-based company in the second quarter, having previously hoped to close in early 2018. The deal was struck in September 2016 amid a wave of consolidation in the industry.

A decision from the European Commission, which has flagged concern that the deal could pressure farmers, is expected by April 5, he said.

Meanwhile, the enterprise value of the Monsanto takeover has fallen to $62.5 billion, from $66 billion, after the U.S. company paid down some of its debts, the company said.

Bayer’s update on the Monsanto deal came as the company reported a worse-than-expected fourth-quarter earnings and guidance for 2017, prompting its shares to fall by more than 3%.

The company said net profit fell 67% in the last three months of 2017 to EUR148 million ($181 million), compared with EUR453 million a year earlier, and well below analysts’ expectations of EUR745 million.

Bayer attributed the lower earnings to a EUR455 million charge related to U.S. tax reform and ongoing difficulties with its crop-science business in Brazil, a decisive agricultural market that has been batting its way out of a recession.

All four of Bayer’s business units reported lower sales in the fourth quarter and all except pharmaceuticals posted lower operating profit.

The discrepancy between its full-year and fourth-quarter results is also related to its decision to sell down its stake in Covestro AG at the end of 2017.

Mr. Baumann called it “a year of light and shadows.”

This year Bayer executives hope to get a boost from closing the Monsanto deal but on Wednesday the company said it expects sales and earnings to remain at 2017 levels.

The forecast includes expected supply interruptions because of plant maintenance.

Adjusted for currency effects and changes to its portfolio, including the takeover, Bayer said it expects sales to increase by a low-to mid-single-digit percentage.

Bayer said it remains, however, in good financial shape for the Monsanto takeover.

It has reduced its net debt by nearly 70% over the past year to EUR3.6 billion, largely because of the sale of most of its stake in Covestro.

Bayer continues to hold 14.2% in the plastics company, which it separated from in 2015. Its pension trust holds another 8.9%, the company said.