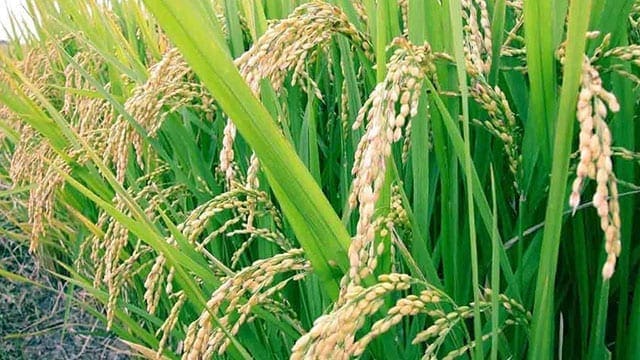 CANADA – The department of the government of Canada, Health Canada through a note to the International Rice Research Institute (IRRI), has said that it has no objection to the use of golden rice as food.

However, IRRI indicated that the product will not be sold in Canada at this time, World Grain reports.

This follows a comprehensive assessment of the rice as approved by Guidelines for the Safety Assessment of Novel Foods.

The assessment followed a stepwise process of addressing relevant factors based upon internationally accepted principles for establishing the safety of foods with novel traits.

The department said that the rice variety had undergone changes that did not a greater risk to human health than rice varieties currently available on the Canadian market.

It has no impact on allergies, offered similar nutritional value as traditional rice varieties except for increased levels of pro-vitamin A.

This marks a second win for Golden Rice after Food Standards Australia New Zealand (FSANZ) approved an application from IRRI to permit its use in food in Australia.

Health Canada and FSANZ have collaborated on the safety assessment review of the product of IRRI’s submissions to both agencies was coordinated to facilitate information sharing.

According to IRRI, Health Canada and FSANZ adhere to scientific principles developed by international organizations such as WHO, FAO, the Organization for Economic Co-operation and Development (OECD) and the Codex Alimentarius Commission.

Golden Rice is a flagship product of IRRI’s Healthier Rice program, a first nutritionally enhanced GM rice to receive regulatory approval for use in food.

In a bid to reduce micronutrient deficiencies, IRRI is developing rice varieties that have more iron, zinc and beta-carotene.

It is a variety of rice (Oryza sativa) produced through genetic engineering to biosynthesize beta-carotene, a precursor of vitamin A, in the edible parts of rice.

“Vitamin A deficiency (VAD) results from a lack of vitamin A in the diet,” said IRRI.

GR2E rice will be grown commercially in major rice-producing regions, primarily in Asia.

It is intended for distribution in the Philippines, as well as other countries, including Bangladesh, India and Indonesia, where rice is a major staple food.