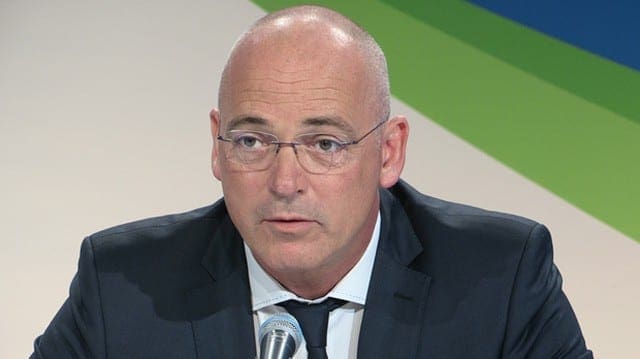 NEW ZEALAND – New Zealand dairy co-operative Fonterra has announced that its Chief Executive Theo Spierings will be leaving his role and the company later in 2018, and that they had embarked on a process in search of a new CEO.

As part of the succession process, the company has said the decision to resign was reached after an agreement between Spierings and Fonterra board, which had already commenced succession discussions last year.

Before the appointment of a new CEO, Spierings will in the meantime continue in his role to drive the Co-operative’s strategy and business, with special emphasis on China.

Spierings’ resignation comes after the dairy posted a net loss of US$251.6 million in its interim results for the 6 months to January 31, 2018, blaming the slump on US$292.8 million write down in the value of its stake in its Beingmate Baby & Child Food Company, in which it took a stake in 2014

It also took a Euro 105 million hit from compensation to Danone during the year, after an arbitration panel blamed Fonterra for a food safety scare on its whey protein concentrate ingredient that it had sold to Danone.

“It is not yet clear exactly when any appointment for Theo’s replacement will be made, but it is absolutely clear that Theo will continue in the meantime to drive the Co-operative’s strategy and business, with special emphasis on China,” said John Wilson, Fonterra Chairman.

“The Board and Theo are committed to a high-quality transition to a new CEO and when we have more information in regards to timing we will let our farmers and the wider market know.

Until then it is business as usual with the focus on driving returns to our farmers and unit holders.”

Fonterra says that after serving the cooperative for seven years, Spierings will be involved in advisory role for the company by providing knowledge and expertise to foster growth.

The company says that he led the company with a strong demand-led strategy through innovative and sustainable initiatives.

The Fonterra Board started the new CEO search process in November last year.

The new CEO is expected not only to be the best person for the job, but also should have an in-depth knowledge of the dairy markets around the globe.

Spierings joined Fonterra in 2011, bringing with him extensive experience from across the dairy industry, particularly in Asia, Latin America, Africa, the Middle East and Europe.

He played a vital role in leading the Fonterra management team in building strengths and securing future growth for the Co-operative, including in the company’s key focus into China and developing countries around the world.

During his tenure, the dairy opened new export opportunities, including a packaging plant in Ethiopia.