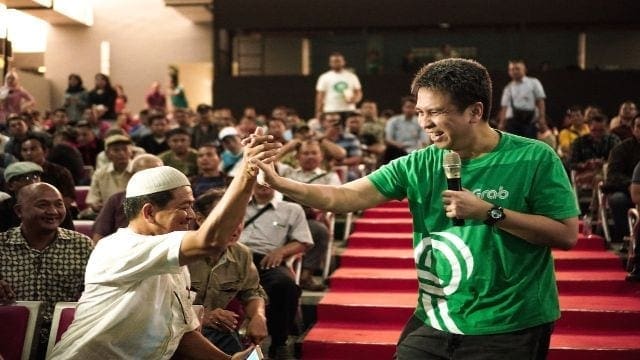 INDONESIA – GrabFood, South East Asia’s giant food delivery service has completed the acquisition of the business of rival Uber Technologies, the largest-ever deal of its kind in the region.

This deal will not only make the Singapore firm a dominant player in the region’s ride-hailing market but will also make GrabFood one of the biggest food delivery businesses in Southeast Asia.

According to DealStreet Asia, the acquisition includes Grab’s immediate takeover of Uber Eats, a major player in the region’s food delivery service.

Grab also said it will integrate its existing GrabFood business, which is present in Indonesia and Thailand, with Uber Eats and expand to two more countries – Singapore and Malaysia.

While GrabFood is relatively new, Uber Eats has already made its mark in the region, with the app ranking well in Singapore and Malaysia.

Grab said it intends to make GrabFood available across all major Southeast Asian countries in the second quarter of this year.

As for Uber Eats, the app will run until the end of May, after which Uber delivery and restaurant partners will move to the GrabFood platform.

“We will rapidly and efficiently expand GrabFood into all major SEA countries in the next quarter. We’re going to create more value for our growing ecosystem of consumers, drivers, agents – and now merchants and delivery partners,” said Grab co-founder Tan Hooi Ling.

Grab and Uber are working together to promptly migrate Uber drivers and riders, Uber Eats customers, merchant partners, and delivery partners to the Grab platform.

The Uber app will continue to operate for two weeks to ensure stability for Uber drivers, Grab said.

“With the new GrabFood app, we strive to become one of Southeast Asia’s largest and most popular food delivery services, offering an expansive geographic reach and quality range to suit every palate and wallet.

With the immediate expansion of services like GrabFood, we are also in turn expanding the adoption of our mobile wallet, which in turn supports our Grab Financial,” said a Grab spokesperson.

The GrabPay mobile wallet will be available across all major Southeast Asian countries by the end of the year, he added.

“Grab will continue to enhance and expand its suite of offerings under Grab Financial, including mobile payments, micro-financing, insurance and other financial services for millions of underserved and unbanked consumers, micro-entrepreneurs and small businesses in the region,” the company said in a statement.