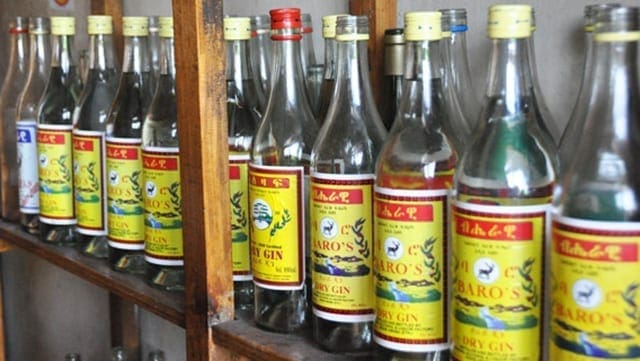 ETHIOPIA – The National Alcohol & Liquor Factory (NALF) of Ethiopia has expanded its vodka portfolio by launching a new product ‘National Vodka’ into the local market.

At the time of the launch, the AddisFortune reported that the alcoholic vodka product, which is a year in its making, will be available in the market in a weeks’ time.

The vodka has an alcohol content of 40% and is in 750ml bottles packed in a box of upto 12 bottles, adding to the existing bottled vodka brands such as Abyssinia, Marathon and Black Lion brands.

As part of its makeover, the company changed its century-old packaging by launching the new look with 3.5 million bottles costing the factory US$1.45 million.

In addition to repackaging which the company said had an aim of penetrating the international market; it launched new products such as Apple and Coke areqe brands.

This added to 15 types of alcoholic brands it already had, with an alcoholic content of between 24-43%.

“Although we have a long-term plan, we have planned to initially distribute to specific places such as bigger hotels and supermarkets,” Alem Walday, sales team leader at the Factory told Fortune.

He added that the state-enterprise has likewise installed a machine for the production of the vodka.

NALF exports its products to Kenya, South Sudan and Israel and it said it has plans to begin shipping products to China, the United States and South Africa.

“As many Ethiopians consume beer, there is still a large potential for high revenues, but that requires a good market strategy,” Getie Andualem (PhD), a senior marketing instructor and researcher at the Addis Abeba University (AAU).

“With good promotion and competitive pricing that profitability will come.”

Recently, it invested US$15.16m and US$11.62m for the renovation of Mekanisa and Sebeta plants, respectively in addition to repairing and replacing the outdated machinery and upgrade its laboratory management system in line with international standards.

The renovation raised the daily production capacity of pure alcohol from 5,000lt to 18,000lt for the Mekanissa plant and 12,000lt at the Sebeta plant.

Formed in 1906, the factory was nationalised by the government from its owner in 1976 and is being administered by the Ministry of Public Enterprises (MoPE).

Recently, (MoPE) announced a bid to transfer it to private owners with the request set to close June 2018.