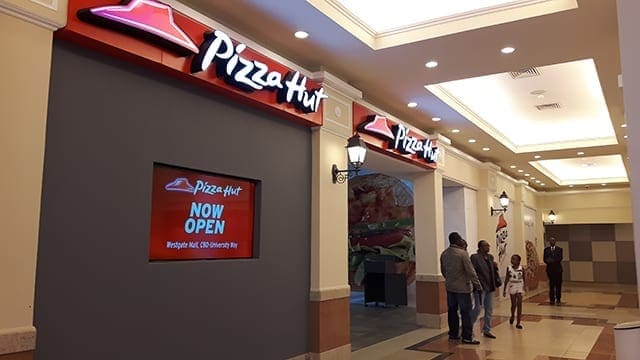 USA – Yum Brands, the American global leader in chicken and pizza has reported 3% fall in revenue to US$1.37 billion as its restaurant brands KFC and Pizza Hut fail to reach estimates.

According to the company, the overall same-store sales across all of its brands including Taco Bell, Pizza Hut, KFC were up 1% as opposed to the estimated figures by StreetAccount at 1.09%, weighed down heavily by a chicken shortage in the UK in February.

The restaurant was forced to shut down hundreds of its KFC outlets after DHL, its new delivery service partner failed to fulfil deliveries.

Despite the fact that KFC’s same-store sales increased by 2%, David Gibbs, president and chief financial officer at Yum noted that the company expects an additional hit from the UK in the second quarter due to decrease in marketing while some of its locations were shuttered.

As we begin the second full year of our transformation journey, I’m pleased with our progress towards becoming a more focused, more franchised and more efficient company,” said David Gibbs.

Pizza Hut business which managed to improve its same-store sales by 1% is facing competition from Domino’s Pizza and Papa John’s.

It was as a result of these and pizza chain related woes that saw investors call on Yum to divest Pizza Hut.

Instead, the company is banking on US$130million investment it made in the business for new equipment, technology and marketing.

Pizza Hut went ahead offering heavy discounts for its pizza plus a new rewards programme to get a better market share of the American US$33 billion pizza market.

On the other hand, Taco Bell brands managed to beat expectation with growth of 1%, higher than 0.8% tabled by analysts.

During the quarter, margins were affected by the launch of Nacho Fries created buzz, the popularity of this promotion, as well as other US$1 value items.

In 2018 outlook, Yum plans to maintain all aspects of its full-year 2018 guidance as it builds on long-term growth strategies to deliver increased returns.

The company forecast that same-store sales will grow 2 to 3% this year and that net new unit growth will be 3 to 4%.

In the quarter, Yum opened 239 net new stores, up 3% reporting US$528 million in share buybacks.