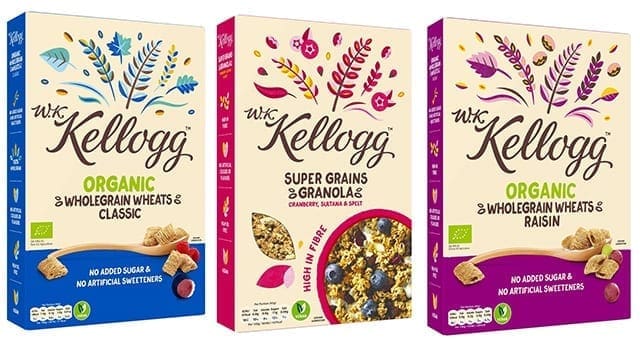 USA – Kellogg Co. has reported 5% increase in sales to US$3.40 billion lifted by snacks category including Pringles chips and protein bars and strength in emerging markets where it announced a more than US$400 million investment in West Africa, according to Thomson Reuters.

Overall sales were higher than the expected US$3.30 billion and the company said it expects net sales to rise 3-4% on a constant currency basis including gains from Tolaram investment in 2018.

It is also revamping its operations in expanding its cereals and snacks business in West Africa and noodles across Africa.

In the first quarter, Kellogg’s has been seeking other areas of growth in international markets for its snacks brands even as it has reported that demand for breakfast cereals has seen a downward trend in the US.

“U.S. cereal remains a challenge, but we were pleased to see signs of stabilization with declines lessening from last quarter,” Edward Jones analyst Brittany Weissman.

The investment made in Nigeria’s Tolaram Africa Foods, a joint venture with Singapore’s Tolaram Group opens the West African market for its cereal and convenience foods including pastries and snacks.

Despite efforts to cut sugar in its cereal brands such as Froot Loops and Corn Flakes, the segment’s sales declined but this was offset by strong sales in snacks and frozen foods such as Eggo waffles and MorningStar Farms veggie patties.

The company remains committed to its full-year outlook, maintaining its adjusted earnings per share forecast though freights and commodity costs continued to heighten.

To maintain profitability forecasts, Kellogg’s said it is set to make savings from an ongoing restructuring program and a shift to warehouse distribution.

“You’re just not seeing the impact to (Kellogg’s) margins as much as you would in some of the other companies just due to the shift in the business model to the new warehouse distribution model from the prior direct store distribution model,” said Weissman.