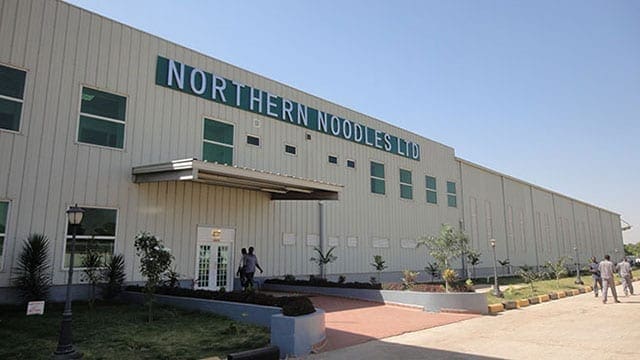 NIGERIA – Dufil Prima Foods, the maker of Indomie noodles has acquired three noodles production lines of May&Baker Nigeria Plc, a maker, seller and distributor of consumer products for US$2.14 million as it consolidates its market position in pasta.

Mr. Girish Sharma, Chief Operating Officer of Dufil Prima Foods confirmed that the acquisition of Mimee Noodles was strategic as they continue to seek more dominance of the noodles market.

“We are pleased to announce this transaction, which delivers immediate value to our current shareholders and reflects the successful alignment, partnership, and commitment of our board, employees and suppliers,” Girish said.

The acquisition not only consolidates and strengthens Indomie’s position as a market leader in the Instant Noodles segment, but also ratifies its position as the number one noodles brand in Nigeria, according to the Vanguard.

As the pasta sector is expected to grow, driven by urbanisation and rising incomes in Africa, manufacturers are improving their capacities in order to broaden their market share and improve productivity.

The deal was reached following approvals from respective Boards of Directors and shareholders of Dufil Prima Foods Plc, May&Baker and the Securities and Exchange Commission (SEC).

According to the Financial Adviser/Solicitor of Dufil Prima Foods, Nnenna Ejekam the deal gives Dufil the ownership of M&B’s Noodles Factory in Ota, along with the equipment; and the trademark of Mimee Instant Noodles.

In November 2017, Dufil Prima Foods acquired plants of Dangote Noodles Limited, a subsidiary of Dangote Flour Mills Plc for US$12.26 million, giving it ownership over two production lines in Ikorodu and Calabar.

In April the same year, Dangote Flour Mills announced it was divesting its noodles business by selling its assets to Dufil Prima Foods which committed to focus on more strategic segments.