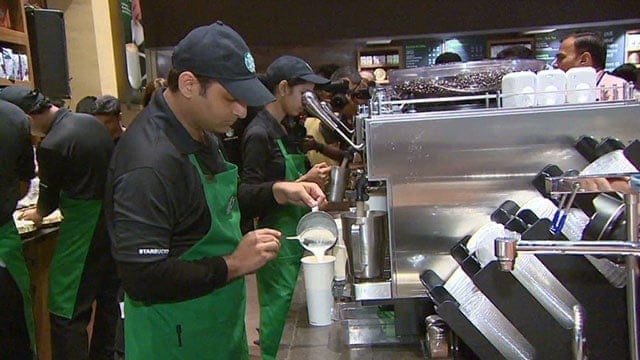 USA – A California judge has ruled that coffee sellers and vendors in the state have to serve coffee with acrylamide cancer warnings; these include bigger coffee makers such as Starbucks.

According to the judge Elihu Berle’s ruling, Starbucks and other coffee makers did not show that the risk from consuming acrylamide, a possible cancer-causing by-product created during coffee roasting, was offset by benefits from drinking coffee, reported Reuters.

“Coffee has been shown, over and over again, to be a healthy beverage.

This lawsuit has made a mockery of Prop 65, has confused consumers, and does nothing to improve public health,” said William Murray, president and chief executive of the National Coffee Association.

A legal dispute over acrylamide levels in coffee was originally filed in 2010 by the Council for Education and Research on Toxics (CERT), a non-profit group who accused coffee firms including Starbucks of a California law requiring companies to warn consumers of chemicals in their products that could cause cancer.

The law directed the state to publish a list of chemicals known to cause cancer, birth defects or other reproductive harm, and it also required businesses to notify consumers about significant amounts of these chemicals in the products they manufacture, sell or distribute in the state.

Recently, EU enacted a legislation requiring manufacturers to reduce the amount of acrylamide used in packaged foods including biscuits, cookies and coffee.

In an opinion adopted in 2015, the European Food Safety Authority (EFSA) confirmed that acrylamide in food potentially increases the risk of developing cancer for consumers in all age groups.

Acrylamide can be created in foods naturally during high temperature cooking formed from natural sugars and the amino acid asparagine.

It is suspected to be a toxic substance and though found in low levels in coffee, it has steered debate now for years on its effect on humans.

In the US, 13 companies were reported to have agreed to add the warnings while other nine named in the lawsuit including Starbucks were to enter mediation on 8 February.

According to Attorney Raphael Metzger, who represents CERT, the ruling once effective may lead to product reformulations by coffee sellers to remove acrylamide as was done by potato chip sellers.