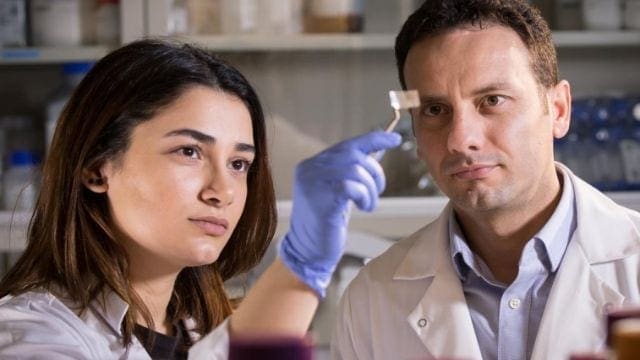 CANADA – Researchers at McMaster University in Canada have developed a transparent paper patch printed with harmless molecules and have the ability to detect harmful bacteria while food is still packaged.

The pouch called ‘Sentinel Wrap’ can be incorporated directly into food packaging with the potential to replace the traditional “best before” date on food and drinks since it indicates whether food is safe to consume or not.

The new development though awaits regulatory approval, the pouch can monitor contents for harmful pathogens such as E. coli and salmonella, signalling contamination as it happens.

According to the research published in the journal ACS Nano, presence of a pathogen in the food and drink inside the package triggers a signal in the packaging which in turn can be read on a device such as a smartphone.

The project was worked on by a group of chemical and mechanical engineers in collaboration with organic chemists and they claim the test itself does not affect the contents of the package.

The researchers said mass production for such a patch would be fairly cheap and simple as the DNA molecules that detect food pathogens can be printed onto the test material.

“In the future, if you go to a store and you want to be sure the meat you’re buying is safe at any point before you use it, you’ll have a much more reliable way than the expiration date,” said Hanie Yousefi, research assistant at McMaster University Faculty of Engineering.

Tohid Didar, an assistant professor of mechanical engineering and member of the McMaster Institute for Infectious Disease Research said a food manufacturer could easily incorporate this into its production process.