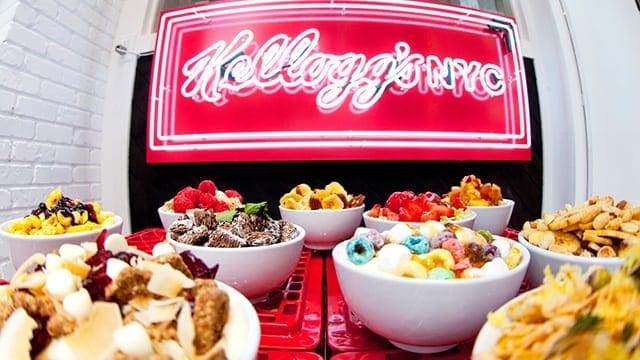 USA – The US-based multinational food manufacturing company, Kellogg’s has announced it has pulled out of Venezuela citing the country’s economic hard times that were characterized by hyper-inflation and strict price controls.

According to FoodBev, the company’s product distribution in Venezuela had been suspended and the license agreement for the use and commercialization of its brands was as well terminated.

Kellogg’s is reported to be the most popular and available cereal in Venezuela, its second largest market in Latin America after Mexico but its move to end operations in this market in which it entered in 1961, was blamed for brutal economic crisis.

“The current economic and social deterioration in the country has now prompted the company to discontinue operations.

All assets, contractual obligations and legal guarantees have been settled with Kellogg’s employees, suppliers and customers in Venezuela,” said the company in a statement.

“Kellogg continues to be committed to Latin America, and we look forward to resuming operations in Venezuela in the future, as soon as the conditions of the country allow it.”

Reuters cited that the companies in the country could be struggling with find raw materials as a result of product shortages and currency controls that crimp imports.

Venezuela is said to be suffering from quintuple-digit annual inflation coupled with food and medicine shortages.

At the verge of the economic crisis, Venezuela has seen the exit of multinationals out of the country including Clorox, Kimberly-Clark, General Mills, General Motors and Harvest Natural Resources.

After the exit announcement, Kellogg’s manufacturing plant was seized by President Nicolas Maduro who said will hand the company over to the workers.