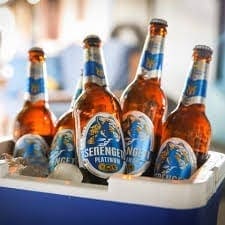 TANZANIA – Serengeti Breweries Ltd (SBL), a subsidiary of the East African Breweries Ltd (EABL) has announced plans to further increase investment s in the country with a focus on bolstering its suppliers’ business capability.

The move is expected to boost its growth and further create employment opportunities to Tanzanians, reports IPP media.

Our customers asked for a Tanzanian light beer and that is why we launched Serengeti Premium Lite last year.

Tanzanians have responded very positively to this new product which is doing well in the market,” Weesie said.

“If our beer volumes continue to grow like they are at present, we will invest in additional production capacity in the next 1-2 years, which will further enhance direct and indirect employment and expand our farmers’ agri-business programme.”

According to her, the 2017 beer market grew considerably, the first time in six years, and that the resultant growth had also contributed to the increase in the payment of taxes remitted to the government.

Serengeti Breweries was founded in 1966 and in 2010, some shares were sold to global beverage producer Diageo where further investment was done with the opening of Mwanza and Moshi plants.

Over the years, the company has invested in new products such as Tusker, Pilsner and Guinness, in addition significant investments were made in quality and information systems in all three breweries, coupled with capacity building and training of employees.

Based on EABL’s website, SBL is the second largest beer company in Tanzania, with its own brands accounting for 15% of the market by volume and when combined with EABL’s portfolio, accounts for approximately 28% of the Tanzanian branded beer sector.