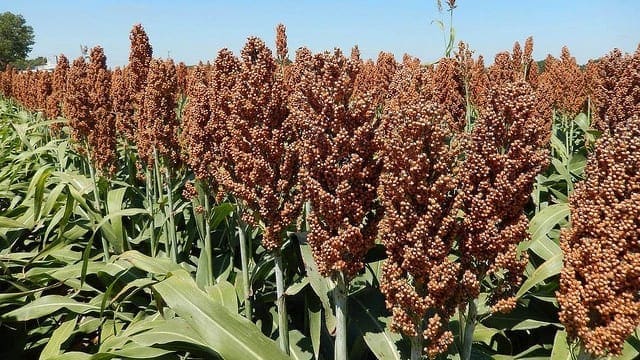 CHINA – China through the Ministry of Commerce announced on May 18 that it was dropping sanctions on US sorghum after the two sides said they were engaging in talks to ease trade tension.

China’s commerce ministry said it terminated the anti-dumping probe and duty investigations terming calling those measures that did not serve the public interest and affected consumers.

After imposing a hefty anti-dumping move against US sorghum imports in April, China said it is returning in full the anti-dumping deposit collected on the imports.

With the sanctions, US importers had to pay a temporary 178.6% deposit on the value of their imports while initiating an investigation into US sorghum imports creating a scramble for new markets among exporters.

US is the world’s leading producer of sorghum and China is the main export market for the sorghum which is used in feeding farm animals and in the spirits industry.

The trade wars mainly affected US sorghum growers where in 2016/17, China received 4.8 million tonnes of sorghum imports from US, accounting for 70% of US sorghum exports, reports World Grain.

Don Bloss, National Sorghum Producers (NSP) chairman said the NSP looks forward to deepening its trade ties with its Chinese partners and customers and throughout the investigations; they were acting at the interest of Chinese consumers and farmers.

The efforts were as a result of collaboration with White House, the U.S. Department of Agriculture, the Office of the U.S. Trade Representative and the U.S. sorghum industry during the investigations, said Tom Sleight, president and chief executive officer of the U.S. Grains Council.

“We highly value our customers there and remain committed to engaging this complex and critical market. U.S. sorghum exports to China are mutually beneficial, and we are grateful MOFCOM looked at the facts of the matter and decided to restore this trade,” said Sleight.

“Today’s development is also a step in the right direction for U.S.-China trade relations, and we hope it is a platform for further lessening of tensions and challenges facing U.S. grains exports to China.”

The announcement came hours after China offered a package to slash its trade deficit by US$200 billion.

Recently, China threatened to impose a 25% tariff on U.S. soybeans.