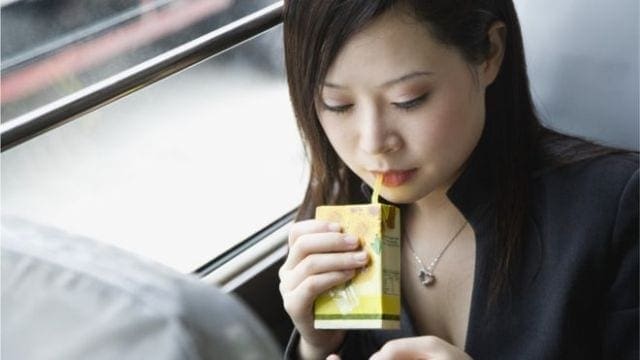 SWITZERLAND –Food packaging giant Tetra Pak has said plastic straws serve a “vital” function in cartons and should not be banned.

Plastic straws can be recycled together with used cartons if they are pushed back into the box, the company said.

Tetra Pak is developing a paper straw but it said it would still “be some time” before it was widely available.

Its statement comes amid growing concern about the effects of plastic pollution, in part helped by programmes such as the BBC’s Blue Planet II.

Last month Tetra Pak said its paper straw would be ready before the end of the year.

“In the meantime, therefore, we will continue to make the case that straws attached to our packages serve a vital functional purpose, and that bans are not the best way to tackle this issue, given the consequences of doing so,” Charles Brand, Tetra Pak’s executive vice president for product management and commercial operations, told the BBC.

The Swedish firm sent a letter to its customers in April saying that it made the paper straw announcement to address “the rising tide of negative public opinion towards plastic straws and government drives around the world to reduce their use”, according to the Financial Times.

“For our own part, we will continue to make the case to politicians, regulators and environmental groups that the plastic straws attached to portion-sized carton packages serve an entirely functional purpose,” the letter from Mr Brand said.

In April, over 40 companies signed up to a pact with the UK government to cut plastic pollution over the next seven years.

But shareholders of fast food restaurant chain McDonald’s recently rejected a proposal to report on its use of plastic straws.