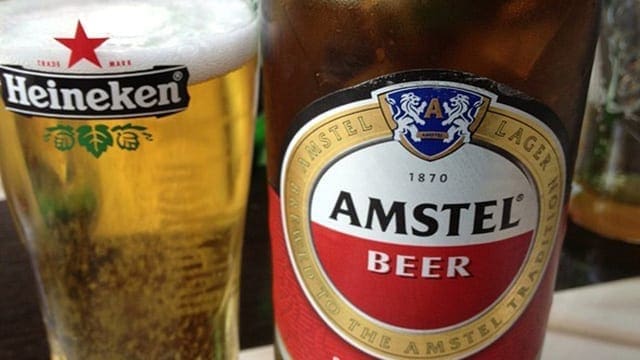 INDIA – The Indian beer maker, United Breweries Ltd (UBL) has launched the popular Dutch beer brand, Amstel in India to expand on its super-premium brands portfolio while increasing its market share in this segment.

Amstel is a slow brewed and extra matured lager from UBL’s parent company Heineken NV, internationally appreciated for its quality and present in over 100 countries, according to UBL.

The launch was reported to address the growing demand for a premium, strong quality beer in the Indian market.

UBL will import the product to cater for the Indian market, bringing the number of its super-premium beer brands to four including two mild: Heineken and Kingfisher Ultra and two strong categories that is, Kingfisher Ultra Max and Amstel.

“AMSTEL is one of Amsterdam’s oldest beers, sold globally in over a 100 countries. We see the brand has great potential in the premium strong segment that currently lacks options and we hope to fill the gap with AMSTEL.

For over a century, AMSTEL has been synonymous with quality and enjoyment and we are sure that this latest addition to UBL’s product portfolio will excite our target consumers and give them a sense of ‘Beer Nirvana’,” said Mr. Samar Singh Sheikhawat, Chief Marketing Officer, United Breweries Limited.

Available in 650ml bottles and 500ml, the brand’s packaging incorporates the premium positioning of the brand to depict distinctive smooth taste, an alternative to the domestic strong beer selection.

The company said Amstel said it aims to become the most admired strong beer in the premium, increasing the premium beer segment’s market share to 50% over the next two years with these four brands.

Amstel will be available in Karnataka and Pondicherry, then in Telangana and Andhra Pradesh in the next quarter before being launched later in other parts of the nation.

Amstel is the second brand to Heineken from Heineken NV’s portfolio to be brewed and bottled locally in India.

The launch may be a way to compete Carlsberg’s super premium strong beer ‘Carlsberg Elephant’ launched in India in 2011.