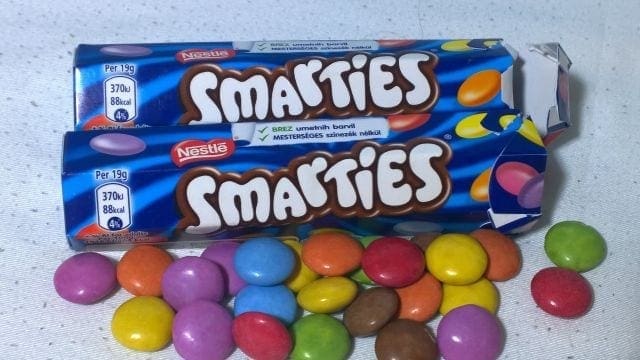 GERMANY – Nestle is set to release three new limited-edition of Smarties products in Germany as it looks to take advantage of the World Cup which is to happen in the approaching summer.

The Smarties include a new range of signature chocolate chips, coloured red, yellow and black – the colour of the German national flag – in order to appeal to consumers in the country who want to offer their support to the German national team, reported FoodBev.

The products will feature limited-edition football-inspired packaging in multi-packs each containing four 38g tubes as well as ‘giant’ 130g tube of the snacks.

Four hollow chocolate figures will also be available in a multi-pack, made with milk chocolate and are filled with the Germany-inspired Smarties and designed to look like footballers.

The Smarties brand, initially named ‘Chocolate Beans’, is a long-time favourite in many countries including the UK, Germany, Australia, South Africa and Canada.

The brand is regarded as a ‘perfect fit’ for kids and adults given continuous product improvements, including a shift to no artificial colours or flavours.

According to FoodBev, both the multi-packs also come with games to entertain younger consumers, as the hollow chocolate figures feature an integrated 11-centimetre ‘shooting game’ in the packaging, while the multi-pack features several football-related quiz questions.

The Smarties World Cup range of products will be available nationwide from retailers in Germany.

They utilize a wide range of ingredients including Cocoa butter, Skimmed Milk powder, cocoa mass, lactose and protein from whey (from milk), butterfat (from milk), rice starch, Emulsifier: Sunflower lecithin among others.