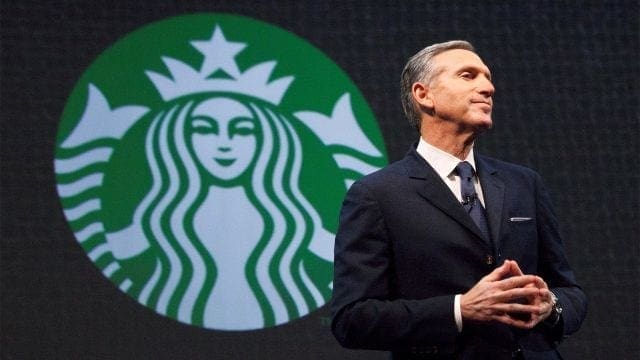 USA – Starbucks Corp. has announced that its long-serving CEO Howard Schultz has resigned as executive chairman effective June 26, according to a memo sent to employees Monday.

Bloomberg cited Schultz had earlier said he would step down as CEO and turn that job over to Kevin Johnson and that he was considering a presidential run which would ‘in fact give Donald Trump a run for his money’.

Speaking in an interview with New York Times, Schultz said he was exploring a number of options for his next act, including public service.

“I’ll be thinking about a range of options for myself, from philanthropy to public service, but I’m a long way from knowing what the future holds,” Schultz said in the memo.

“I set out to build a company that my father, a blue-collar worker and World War II veteran, never had a chance to work for.

Together we’ve done that, and so much more, by balancing profitability and social conscience, compassion and rigor, and love and responsibility.”

When relinquished the CEO job in 2017, the company announced his focus as executive chairman would be on new innovations such as its upscale roasteries and Reserve stores and on its social agenda.

This was coupled with his extensive experience in technology, pushing the company’s agenda in online delivery services and payments.

Under his tenure, Schultz has significantly contributed to an impressive sales growth, building the Starbucks from a small brand to an international coffee company and coffeehouse chain.

He was responsible for a strong Starbucks brand identity, having created the market in the US for lattes and other once-exotic coffee drinks.

After leaving Starbucks several years earlier, he re-assumed the CEO role in 2008, a time the coffee brand was struggling with overexpansion and recession and he is said to have steadied the business.

Through his stewardship, Schultz has managed to take Starbucks through various challenges including the recent controversy where two black men were arrested in one of its Philadelphia restaurants prompting closure of more than 8,000 of its stores for part of a day in April so employees could attend racial-bias training.

His tactic in problem solving, especially those in its home market has seen him beat all the odds with expansion into other markets such as China offsetting that weakness.