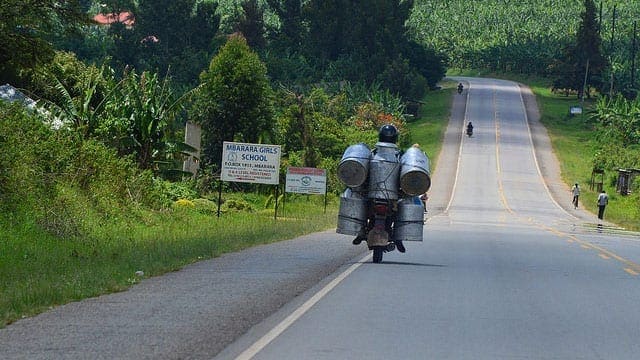 TANZANIA – Tanzania milk production has increased by 400 million litres to 2.4 billion litres per year in a period of 15 years to 2017, although consumption remains low at only 47 litres per capita per year, reported the Citizen.

However, the production volume is way much below expectations as the country has estimated 30.5 million heads of cattle among other milk producing domestic animals.

The sector is affected by among other factors poor quality animals despite large herds and also given that the 2.4 billion litres are largely sourced from 1.5 million dairy cattle with 27 million cows producing just a fraction of it.

Tanzania targets to achieve a 200 litre per capita consumption of milk as recommended by the Food and Agricultural Organisation (FAO) but this is in contrast with the current yields which have proved insufficient to achieve this value.

“Our average consumption rate of 47 litres is even below our neighbours (Kenya) where statistics show each person drinks about 100 litres a year,” said Charles Malunde, the acting chairman of the Tanzania Dairy Board.

“The 2.4 billion litres are largely sourced from the 1.5 million dairy cattle with 27 million cows producing just a fraction of that.”

Speaking during the Milk Week, an annual event intended to improve animal husbandry, increasing milk production and consumption of dairy products, Malunde noted that despite of the increase in production, consumption has remained low.

As a result, low milk production has impacted negatively on investment in the dairy sector as processing plants need large quantities of milk for profitable operation, according to Timothy Mmbaga, the director of Policy and Planning with the Agricultural Council of Tanzania (ACT).

The country also is set to host a three-day Livestock Expo, bringing together livestock experts, animal product processors, service providers and other players in the industry.

“Objectives of the Expo and Milk Week are to encourage investments in the livestock sector and, in particular, encourage establishment of industries for value addition of livestock products,” said Timothy.

Tanzania and Kenya are among the major producers of milk in the region, relied on especially for surplus milk powder generated as a result of increase in milk production despite a flat consumption growth.

This is evident with a strong presence of the European dairy processors like Nestlé, Lactalis, Danone, FrieslandCampina, Arla Foods and Sodiaal in Africa.