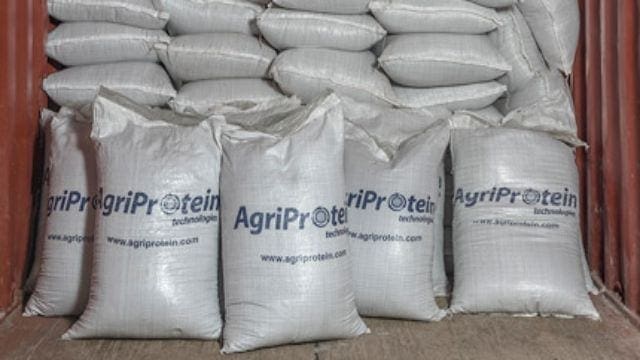 SOUTH AFRICA – Fly-farmer and waste-to-nutrient pioneer AgriProtein has secured US$105 million in funding, marking a new high in investor appetite for the insect protein sector.

The record raise by AgriProtein Holdings UK, together with additional local project finance for a series of factory builds in Africa, the Middle East and Asia, puts AgriProtein on track to deliver its ambitious factory roll-out plans.

The company, which won acclaim as the BBC Food Chain Global Champion 2017, is building a global business through its circular economy strategy: up-cycling organic waste to tackle the food security and waste disposal challenges posed by the world’s burgeoning population, while helping conserve wild-fish stocks in our threatened oceans.

“This is a significant vote of confidence in a growth industry producing a sustainable protein for use in animal diets.

It reaffirms our position as the leading up-cycler of waste-to-protein and brings us the financial resources for further global expansion,” said Jason Drew, AgriProtein co-founder and CEO.

“We need to see waste differently – as a resource – particularly food waste.

AgriProtein has fly farm projects under development across the world to produce its flagship product MagMeal™.

The company has expanded its R&D capability, hiring new staff and building chemistry and genetics labs.

It has also hired senior staff from engineering and waste management backgrounds to increase its project roll-out capacity.

The company is focusing initially on the aqua-feed market, where demand is increasing year on year to satisfy growing consumer appetites for farmed fish.

“There is simply not enough marine material left in the oceans to meet fishmeal demand in aqua-feed, let alone in feed for poultry, pigs and pets.

Along with algae and bacteria, new, disruptive sources of protein like our own are needed to close the feed gap and, in the process, help repair the future of the planet,” concluded Jason.

In January 2018 AgriProtein was named a Global Cleantech 100 company for the second year.