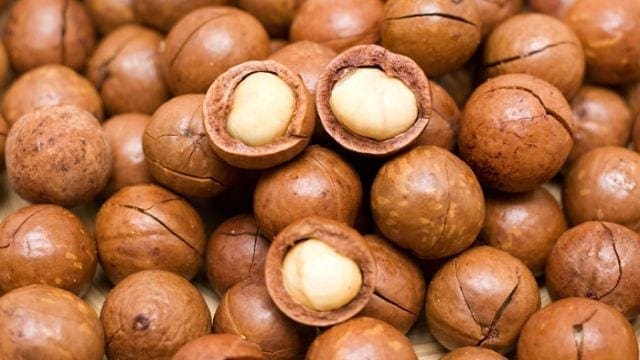 A report by the Agriculture and Food Authority (Afa) shows a total of 5,526 metric tonnes was exported, up from 5,423 metric tonnes of processed macadamia nuts worth Sh5.7 billion sold abroad in 2016.

The area currently covered by the crop is estimated at 16,153 hectares, which is an increase from 15,512 hectares reported in 2016.

The directorate says there was a marked increase in the quantities of macadamia nuts produced in the country last year, which it attributes to both expanded area under the crop and higher productivity per unit area.

“Macadamia farmers lost Sh680 million in the last one year to processors who harvest immature nuts to cash in on high demand but upon delivery, the processors end up rejecting more than 10 per cent of the crop supplied which is a loss to the farmer,” observed director-general Alfred Busolo.

He said Afa will intensify impromptu raids in the nut-growing areas to weed out middlemen behind the unripe nut harvesting and severe penal action taken against anyone perpetrating the vice.

Kenyan nuts are highly popular abroad due to their crunchy nature and the subsector has attracted numerous players, especially after it was liberalised ushering in fierce competition among local, foreign roasters and raw nuts exporters.

“We have been keen on value addition and creation of jobs; this cannot be achieved if the crop is smuggled,” he said.

The agents, who act as middlemen, have been buying the crop from farmers and then selling to mainly Chinese firms, with hundreds of kilos rejected.