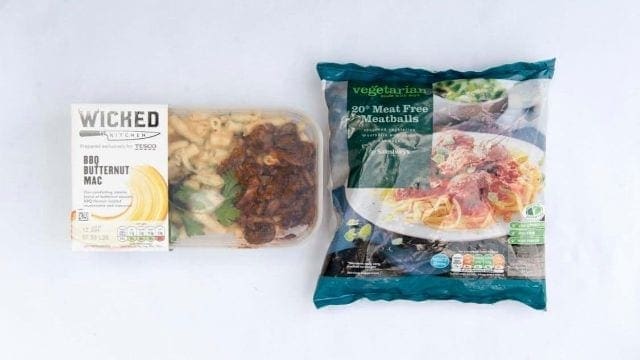 UK – The Food Standards Agency (FSA) has launched an investigation into allegations that vegetarian and vegan ready meals from major supermarket chains Sainsbury’s and Tesco contain traces of meat.

An investigation by the Daily Telegraph disclosed that ‘meat free’ and vegan food sold at Britain’s leading supermarkets contains traces of meat.

Based on laboratory tests carried out by the firm, traces of pork in Sainsbury’s own brand “meat free” meatballs and traces of turkey in a vegan macaroni ready meal from Tesco’s new “Wicked Kitchen” line, labelled as vegan.

The sector has seen a spate of mis-labelled or contaminated food products reaching the public at the verge of supermarkets rushing to expand their meet free ranges with the number of people identifying as vegan or vegetarian rising to 3.5 million, according to the Telegraph.

Meanwhile, UK’s Ministry of Justice (MoJ) said it was suspending a supplier of meat to prisons after discovering that food products may contain traces of non-Halal meat, despite being sourced from a properly Halal-certified supplier.

This followed an urgent investigation launched by the Prison Service after a number of Halal meat pies and pasties supplied to jails were found to contain traces of pork DNA.

Following a number of recent cases that have shaken consumer confidence in food labelling, the Food Standards Agency (FSA) ordered a meeting of food suppliers and retailers.

While the Sainsbury’s item has been approved by the Vegetarian Society, a statement from the Vegan Society revealed that neither of the products were registered with their Vegan Trademark.

“The Telegraph tested samples at a German government accredited food testing facility and were found to contain trace amounts of animal DNA. Both retailers are conducting investigations and Tesco said that their own initial DNA tests showed no sign of animal products,” said the statement.

“The Vegan Society acknowledges that we live in a non-vegan world and, as a result, cross-contamination is always a possibility even, as in the case of one of these products, in a meat-free factory, as the supply chain can introduce a contaminated product,” added the statement.

An FSA spokesperson said: “Our priority is to ensure consumers can be confident that the food they eat is safe and is what it says it is.”

“We are investigating the circumstances surrounding these alleged incidents and any resulting action will depend upon the evidence found.”