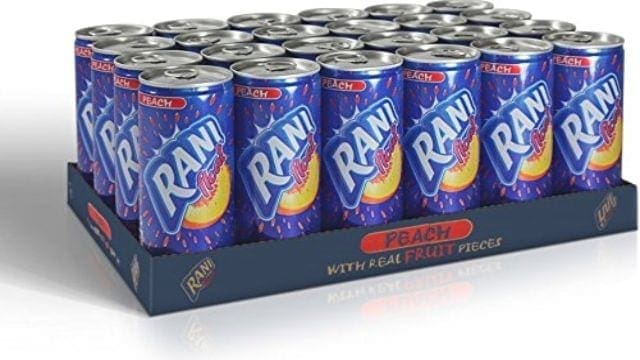 Rani Float is one of the brands belonging Aujan Industries’ beverage business in which Coca-Cola has a 50% equity stake.

According to a Coca-Cola India spokesperson, the brand, currently being imported, is being seeded in core metros and will be scaled up by the year-end.

The Coca-Cola Company completed the transaction to acquire approximately half of the equity in Aujan Industries beverage business, one of the largest independent beverage companies in the Middle East, for about US$1 billion in 2012.

Aujan Industries’ beverage business also include Barbican malt beverage, and this allows it to expand its portfolio in the juice sector and drive long-term value for shareholders.

“As part of our journey to become a total beverages company, we continue to expand our portfolio and offer more choices to our consumers.

The launch is in line with global trends which indicates juice and juice drinks are growing two times faster than carbonated drinks with consumers increasingly moving away from sugary drinks.

A report by Zenith International highlighted that global fruit and vegetable juice industry boosts at a rate of 5% per year and new trends in the sector include adding new flavors and ingredients, emergence of cold pressed juices and most importantly low-sugar and sugar-free additions.

In line with this, Coca-Cola has in the past launched various products to capture the new trends including a new line of light orange juice beverages and light lemonades with less sugar and fewer calories, low calorie Minute Maid fizzy juice drink

To propel its juice business in the country and diversify its current beverage portfolio, Coca-Cola Kenya unveiled a new range of healthy orange juice, Minute Maid.

Ahead of implementation of sugar tax in the UK, Coca-Cola launched no added sugar, dairy-free Adez drink.