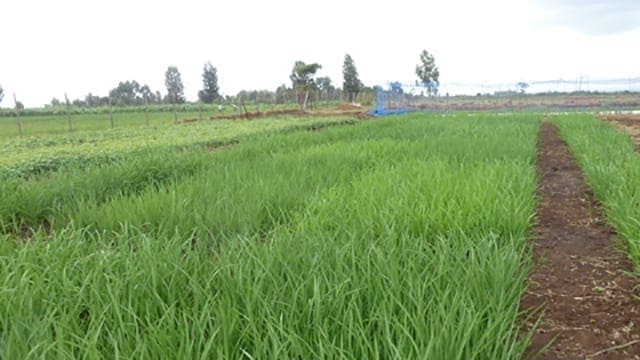 The factory is located in the Cross Rivers rice city and according to New Telegraph, the rice project is expected to boost the state’s economy with the generation of more than US$195 million per year.

Being the ‘first of its kind’ in Africa, the factory is also a seed multiplication centre, producing high-yield, disease resistance and vitaminised rice seeds and seedlings.

“Cross River State Government is happy to announce that His Excellency, the President and Commander-in-chief of the Federal Republic of Nigeria, President Muhammadu Buhari will on Tuesday, June 26, 2018, commission our ultra-modern, fully automated rice seeds and seedlings factory in Calabar, ” said a statement by the chief press secretary to the governor, Mr. Christian Ita.

Speaking on the matter in May, Cross River State Governor, Ben Ayade said the factory would be certified ready for commercial activities this month as seedlings were natural with no chemical added.

According to Ayade, the project involved use of local content with no foreign impute and that it is equipped with an automated irrigation method.

When fully operational, the plant will employ more than 500 workers and the rice seedlings that will be produced from the factory will be called ‘Cala 77’ because it is very natural and totally organic, said the governor.

The state has partnered with the Central Bank of Nigeria (CBN) to ensure that most of the seedlings are acquired from the rice city and the federal government would focus on procurement of rice seedlings from there.

“When I told Cross River people that my ambition was to restructure the state from over dependence on federal allocation, I truly meant it because with projects like this; we are going to generate more revenue for the state; we are partnering with the Central Bank of Nigeria (CBN) to ensure that most of the seedlings are acquired from here,” he said.